The Two Sides to The Efforts to Legalize Marijuana in Nebraska 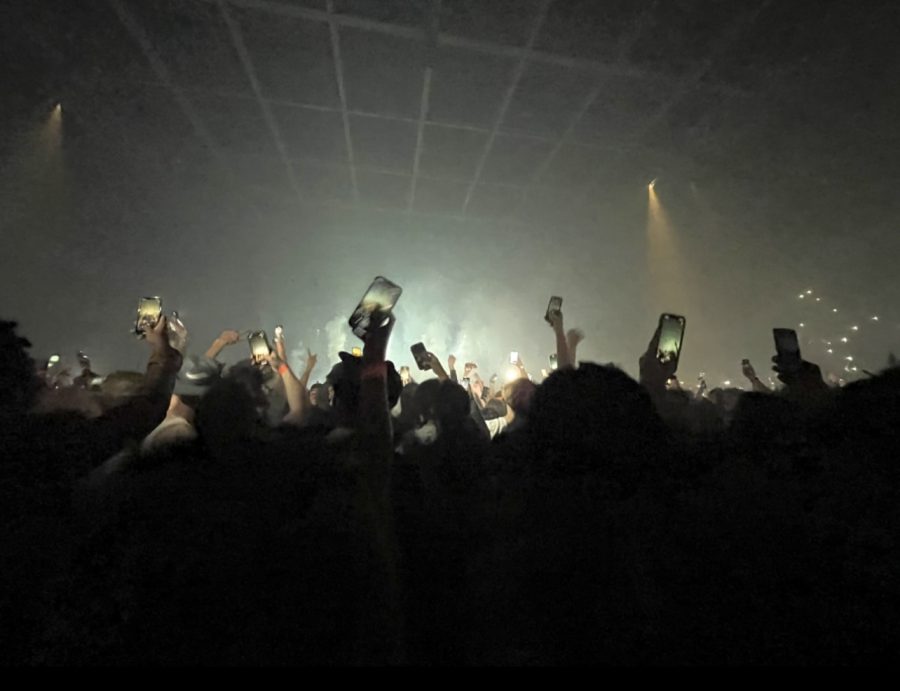 Two artists from completely different music genres, old-school rap artist, Snoop Dogg, and country singer outlaw, Koe Wetzel, teamed up on April 20 in Lincoln, Nebraska for their one night only show; The 420 Special.

The tag line of the show- “when you put your music on shuffle,” came about after a hit meme surfaced the internet back in 2021, when Snoop Dogg and Koe Wetzel met for the first time.

“I went for the experience, because not many artists from different genres do this kind of stuff together,” Brianna Ivey answered on her take of the two artists coming together to perform.

We don’t know if Snoop Dogg or any artists from different genres will collab in the future, but this concert paved a new path for the unity of diverse music.

The concert caught attention of more than just the music aspect. Present at the show were advocates for legalizing marijuana in Nebraska. Petitions were available for people to sign to support passing Article XIX, which states all use of marijuana is legal in Nebraska.

Although, back in 2019 Nebraska passed the Nebraska Hemp Farming Act, which allowed the use and distribution of CBD. This struck interest to many who want marijuana legalized.

This is not the first time legalizing marijuana has been brought up to state legislature. The reason previous attempts have failed is because of Nebraska’s petition rules.

According to state laws in Nebraska, the number of signatures required to begin to process amending or creating a new law for the ballot is equal to 10 percent of registered voters as of the deadline for filing signatures. Because of the unique signature requirement based on registered voters, Nebraska is also the only state where petition distributors cannot know the number of required signatures needed for the bill to be brought up. Nebraska law also features a distribution requirement stating that petitions contain signatures from 5 percent of the registered voters in each of two-fifths (38) of Nebraska’s 93 counties.

This is why it takes many tries and failed attempts for the state legislature to even look at a revised bill suggestion.

Signatures must be submitted at least four months prior to the next general election. Signatures do not roll over, and become invalid after the next general election at least four months after the initial initiative application filing. Depending on when the initiative application is filed, petitioners can have up to just under two years to circulate petitions.

With these petition restrictions, it can take time to make an impact.

Nebraska Democratic Senator Anna Wishart, has stated that creating a safe system for Nebraska to distribute and allow the use of cannabis is the main goal, which can be hard to achieve because no one wants a system that fails.

Nebraska Government Official Pete Ricketts is against legalizing medical marijuana. He claims in interviews that the drug will “kill your kids.” He also states how distributing marijuana is a big industry, that Nebraska cannot take on.

It is not set in stone, but if enough signatures are collected, The Nebraska Marijuana Legalization adjusted amendment will appear on the ballot on Nov. 8, 2022.