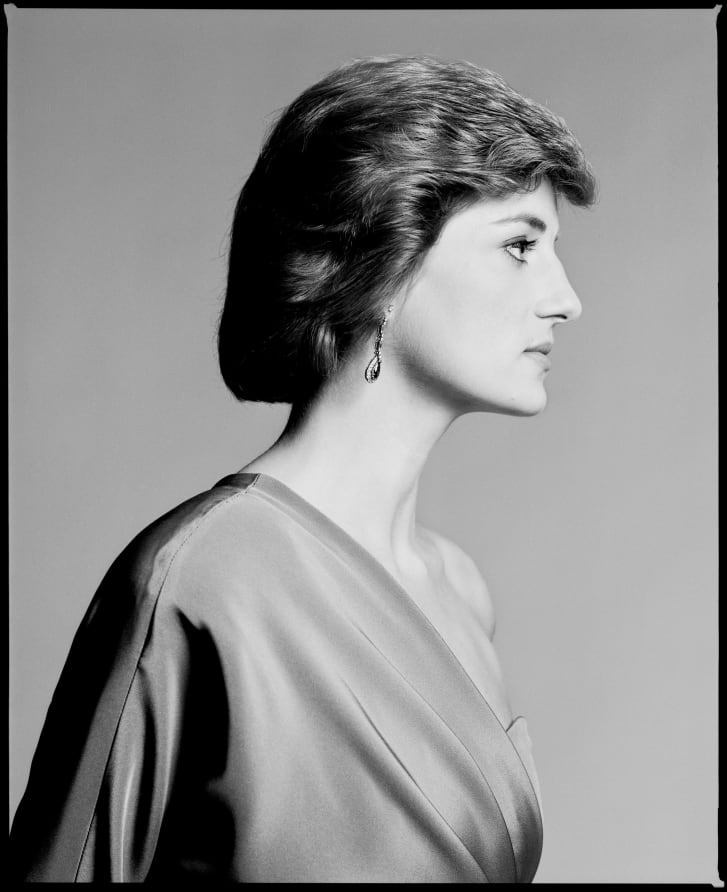 A new exhibition opening Friday at London’s Kensington Palace will debut a portrait of Princess Diana that’s never been seen by the public.

Taken by fashion photographer David Bailey in 1988, the image was originally commissioned by the National Portrait Gallery but has remained in Bailey’s archive until now. The stripped-back, black-and-white image shows an elegant 27-year-old Diana staring into the distance, wearing a satin off-the-shoulder gown and a pair of teardrop earrings.

Bailey, who has photographed a number of cultural icons, including Andy Warhol, Twiggy and The Beatles, was selected by Diana for his high-contrast lighting and minimalist style. Her choice “reflected her desire to establish a new photographic identity for herself,” distinct from the more established forms of royal portraiture, according to a news release from Historic Royal Palaces, the British charity tasked with running six of the United Kingdom’s palaces. Revealed now after 34 years, the image further solidifies her public reputation as one of the most fashion-forward members of the British royal family.

The rare photo’s unveiling comes at a time when pop culture is particularly enthralled with “the People’s Princess,” who died at the age of 37 in 1997. In 2021, Emma Corrin won a Golden Globe Award for her depiction of the Princess of Wales in the Netflix series “The Crown,” while Broadway staged “Diana: The Musical.” This year, Kirsten Stewart was nominated for an Oscar for her Diana portrayal in Pablo Larraín’s “Spencer.”

The rest of the exhibition, titled “A Life Through A Royal Lens,” will showcase a range of works exploring the relationship between photography and the monarchy. It includes photos snapped on royal tours and iconic portraits of heads of state, as well as off-duty moments away from the public eye. Also on show for the first time is a selection of images taken by members of the royal family themselves.

“The medium (of photography) has shaped how the world views the British monarchy,” said Claudia Acott Williams, curator at Historic Royal Palaces, in a news release. “It has allowed the Royal Family to offer fascinating insights into their life and work, transforming the royal image and creating an unprecedented relationship between crown and subjects.”