2022 Super Bowl: A casual fan’s guide to everything you could possibly want to know about the Rams and Bengals 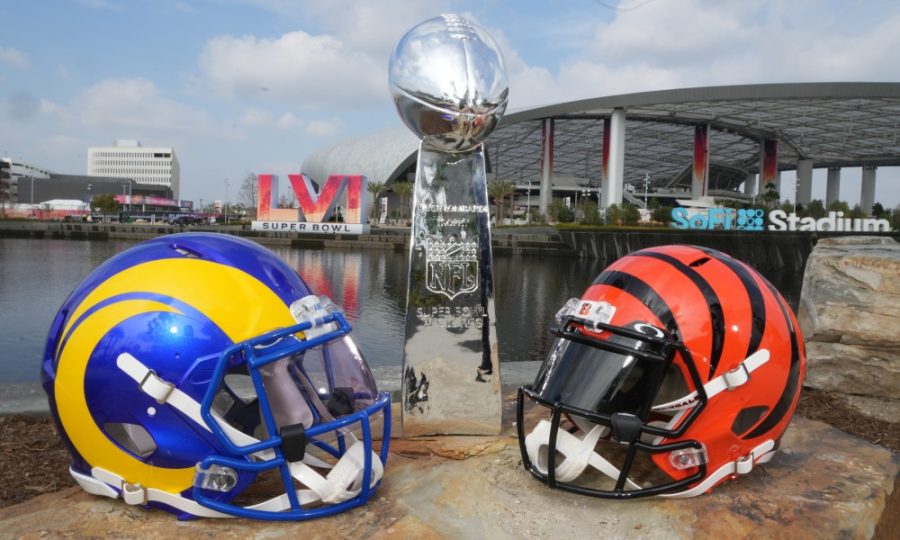 If you’re a huge football fan, I don’t have to tell you that the Los Angeles Rams and Cincinnati Bengals are days away from battling it out in Super Bowl LVI for the right to call themselves champions of the 2021 NFL season. But what if you aren’t really that into the NFL? What if, say, the only things you know about rams and bengals are that they’re actually sheep and tigers? What if the extent of your annual engagement with the Super Bowl is going to a party and trying to think of things to contribute to the conversation between commercials?

In this case, we’ve got you covered. This is the fifth annual casual fan’s guide to the Super Bowl.
Who’s playing in Super Bowl LVI? And why is it called Super Bowl LVI?
First and foremost, it’s important to know everything about the participants in the NFL’s title game. Representing the NFC, we have the Los Angeles Rams. They’re favored by 4 points as of this writing. That means betting experts at Caesars Sportsbook think this is going to be a close game, but that the Rams are the slightly better team. Representing the AFC, meanwhile, are the Cincinnati Bengals. The two teams can be told apart by their respective color schemes. The Rams wear blue, gold, and white uniforms, while the Bengals are in orange, black, and white.

It’s called Super Bowl LVI because it’s the 56th Super Bowl, and 56 in Roman numerals is LVI. The NFL has been using Roman numerals for every Super Bowl (except Super Bowl 50) since Super Bowl V (five). According to the NFL’s media guide, “The Roman numerals were adopted to clarify any confusion that may occur because the NFL Championship Game — the Super Bowl — is played in the year following a chronologically recorded season. Numerals I through IV were added later for the first four Super Bowls.”
What time is the Super Bowl? Where is it?
The Super Bowl starts at 6:30 p.m. ET on Sunday, Feb. 13, 2022. The game will be played in the home stadium of the Rams, SoFi Stadium in Inglewood, California. The NFL rotates the location of the Super Bowl every year because it generally wants to provide a neutral site so no team has home-field advantage. That had previously worked every year up until last year, when the Buccaneers won the Super Bowl in their home stadium. Now, the Rams have a chance to make it two in a row.
And how long is it going to last?
As our Cody Benjamin noted a few years back, the average Super Bowl broadcast over the past 20 years or so has been about three-and-a-half hours. It’s pretty long. That includes a halftime show that generally lasts 20 to 30 minutes.
Who’s performing at halftime?
It’s a heck of a show this year, folks. Congratulations to anyone who grew up in the 1990s and 2000s because this show was basically built for you: It’s Dr. Dre, Snoop Dogg, Eminem, Kendrick Lamar, and Mary J. Blige. That’s … [checks notes] … 43 Grammy wins on one stage at the same time, in case you’re wondering.
Who are the quarterbacks of the Rams and Bengals?
It’s always a good bet that the quarterbacks will play a big role in the Super Bowl. A quarterback usually wins MVP of the game, after all. A quarterback has won 31 of the previous 55 Super Bowl MVP trophies, and 14 of the last 21 since 2000.

The quarterback of the Rams is Matthew Stafford (No. 9). This is Stafford’s first year with the Rams. He spent the previous 12 seasons of his career with the Detroit Lions, who made him the No. 1 overall pick in the 2009 NFL Draft. During that time, Stafford was widely considered a good quarterback stuck languishing on a bad team. The Lions’ decision to embark on a rebuild matched up with the Rams’ desire to upgrade over former quarterback Jared Goff, and the two teams agreed last offseason on a trade sending Goff, two first-round picks, and a third-round pick to Detroit in exchange for Stafford.

He played well during his first season in Los Angeles, throwing for 4,886 yards and a career-high-tying 41 touchdowns. His arm strength and willingness to throw with anticipation led to an expansion of Los Angeles’ offense, which had grown a bit stale under his predecessor. His partnership with wide receiver Cooper Kupp (more on him below) led to one of the most. productive pass-catching seasons in NFL history. Stafford was a bit inconsistent throughout this season, though, and led the league with 17 interceptions.

The quarterback of the Bengals is Joe Burrow (No. 9). The Bengals selected Burrow with the No. 1 overall pick in the 2020 NFL Draft after he had come seemingly out of nowhere to put together one of the greatest college seasons of all time, which culminated in a national championship for LSU. He immediately solidified the Bengals’ offense upon his arrival and was in the midst of a strong rookie season when he tore his ACL during the team’s 10th game of the year. (Burrow’s ACL surgery was done by Dr. Neal ElAttrache, who also happens to be the Rams’ team doctor.)

Burrow rehabbed his knee injury and was ready to resume his place as the team’s starter by the beginning of the 2021 campaign. He got off to a bit of a slow start as the team eased its way back into a pass-heavy offense throughout the year, but ultimately had a season that is likely to garner him significant support in the race for Comeback Player of the Year. Burrow led the NFL in both completion percentage and yards per attempt despite being sacked a league-high 51 times, and he threw 34 touchdown passes against 14 interceptions. By making the Super Bowl in just his second NFL season, he became the first No. 1 overall pick quarterback to lead his team to a conference championship victory in either of his first two years in the league.

With Stafford and Burrow meeting each other in this game, this will be just the second time in league history that two quarterbacks taken with the No. 1 pick will square off in a Super Bowl. The first time it happened was in Super Bowl 50, when Peyton Manning’s Denver Broncos took on Cam Newton’s Carolina Panthers