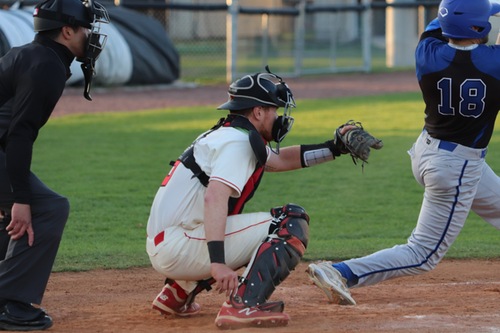 The Northeast Community College baseball team starts its season on Monday, in Enid, Okla., against the Northern Oklahoma College-Enid Jets. It so happens to be the home of the NJCAA DII Baseball World Series, where most teams hope to end their season.

“All games are important of course, but early games are crucial because it defines us as to who we’re going to be and lets us know where we’re going,” said Marcus Clapp, head coach of the Hawks. “In our conference, every weekend is important, so we need to bring it every time,” Clapp added.

Preston Tenney is a right-handed pitcher who is also a third-year player. Any student-athlete at Northeast normally plays for two years, but with COVID-19 taking out their season during the Spring of 2020 they were granted the opportunity to play for another year.

“Enid is where we open the season and it’s important for us to win the series and start off the season strong,” Tenney mentioned. “Those first games are always important to get the ball rolling.”

Nine of the 34 Northeast baseball players are returning for their third year of baseball. And, 18 of those 34 players are sophomores.

“We have a lot of sophomores who have played a lot and even started last year,” shortstop Zane Zielinski said. “We have experience and connections because we mostly have third year and second year kids who have played here together for a while now.”

Tenney and Zielinski were both awarded ICCAC First Team All-Region honors in Spring 2021.

“This team has experience,” Clapp said. “A lot of these guys have a feeling for what this conference is about. They have knowledge and wisdom and that will help us out with the freshmen we do have when they’re helping each other out.”

Clapp knows the talent and work ethic it takes to be competitive in the Iowa Community College Athletic Conference.

“We’ve got some guys with great character and guys who want to win and its great to have all that but if you don’t have talent, you can only get so far and these guys do have talent,” Clapp added. “When you combine the want and the drive with talent, I think that makes us dangerous.”

“The goal for us is to win, which is a lot easier said then done,” Manwarren mentioned. “But, in all honesty all you can do is take it game-by-game and improve in that aspect. We’re practicing hard day in and day out, working on what needs to be worked on to make sure we accomplish our goal.”

Junior college athletics gives an athlete an extra two years for improvement. During this time the athlete works on sharpening their skills, improving game performance, lifting weights and working on their fitness level.

Clapp is doing everything he can to make sure his players meet their goal.