Online shopping won’t get you hard-to-find items during coronavirus. ‘They’re not going to have any more success getting toilet paper than you are.’ 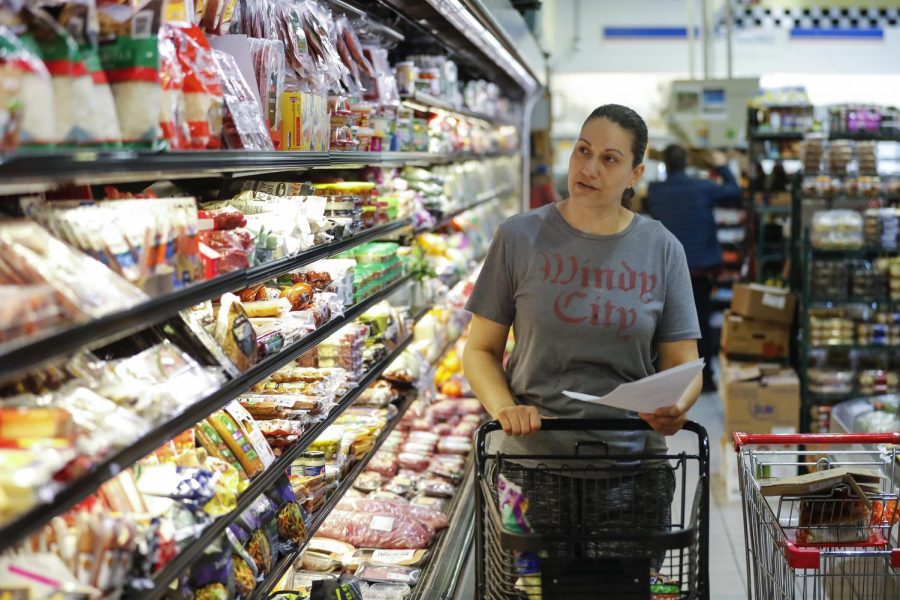 Think you’re going to find online the frozen vegetables and toilet paper you can’t find in stores? Think delivery is going to be quick?

Grocery stores aren’t just battling to stock shelves in stores. They also are swamped with online shoppers who are placing more orders and buying more. The average order at grocery delivery service Instacart is up 20% so far in March compared with the same period in February, the company said.

Grocery chains say they’re doing their best to keep up with the surge, including hiring more workers, but still warn shoppers could face longer-than-expected lead times or issues with out-of-stock items.

Connor Ulrey, 25, of Chicago, said he got a voicemail from Jewel-Osco saying the order he placed earlier this month for canned goods and bottled water was canceled. The message also promised a $50 credit, which Ulrey said he has not received.

A replacement order couldn’t be delivered for another five days, said Ulrey, who buys groceries online because he doesn’t drive and is hesitant to use public transit during the pandemic. That order arrived when promised, but Ulrey said the missed delivery made him nervous.

“The drivers and people in the store are working so hard. I’m not trying to sound like a jerk here, but I also need to know if I’m going to get these or not.” he said.

How long a shopper will wait for an online order varies by store and depends on when customers place orders, as well as whether they are picking up their purchase or having it delivered.

About 67% of U.S. consumers expect to do more shopping online if the pandemic continues, and nearly 70% of those shoppers said they thought they would buy more food online, according to a survey conducted by Coresight Research last week.

It’s hard for grocery stores to react to growth like that overnight, said Neil Stern, senior partner at Chicago-based retail consultancy McMillanDoolittle. Delivering them isn’t easy: A single order likely has a variety of oddly shaped products that need to be kept at different temperatures.

Adding workers focused on online orders who pick items off store shelves and pack them up for delivery can help, but they also compete with other customers for merchandise, Stern said.

In other words, there are no shortcuts. The employee filling your online order may lose out to another shopper reaching for the same product.

“Now grocery stores look like war zones. They’re not going to have any more success getting toilet paper than you are,” Stern said.

Several companies are hiring to help handle the demand, including Instacart, which said Monday it plans to add 15,000 people who will shop for and deliver groceries ordered through its service in Illinois and 300,000 nationwide. Walmart announced plans to recruit 150,000 temporary employees to work through May, including 5,000 in Illinois. Walmart also said it will give current employees bonuses, as did CVS and Walgreens, while Jewel-Osco, Whole Foods and Amazon said they’re temporarily raising wages.

Companies also are tweaking how the orders are delivered, such as by introducing “contact-free” delivery, where items are left at shoppers’ doors.

Instacart said 25% of orders last week were made using the new contact-free option. It also said it wouldn’t penalize workers who received customer ratings under five stars and worked with stores to make sure caps on the number of in-demand items shoppers could buy in stores applied to online buyers too.

John Mourikes, owner of Foodsmart Urban Market in Chicago’s Logan Square neighborhood, estimated he’s getting 10 times his usual number of online orders, some coming from as far as the South Loop. His online customers are usually people looking for a single tough-to-find ingredient.

“Now I’m getting people just desperate for groceries,” he said.

Dealing with out-of-stock items has been a challenge, especially when the customer indicates a substitute, like a different brand or size, isn’t acceptable, Mourikes said. If too many items are missing, he’ll cancel the order.

Mercato is making changes to better track whether items are in stock, since many grocery stores don’t monitor inventory in real time. It has started listing in-demand items like hand sanitizer as out-of-stock if a store hasn’t sold one in an unusually long time, he said.

“We never had to do that before, because we’ve never seen things move this way,” he said.

Erik Archambeault, who owns specialty food stores Provisions Uptown and Rogers Park Provisions in Chicago and sells online with Mercato, said he now has an employee count inventory daily to keep the online store up to date.

He hadn’t been getting enough online orders to require daily checks until last week, when his stores got more online orders during a single hour Thursday evening than it had in the past six months.

Jonathan Thomas, 36, of LaPorte, Ind., said he wasn’t upset when his Instacart order from Kroger had more items than usual requiring a substitute and a couple of things were out of stock altogether. He tipped 20% instead of his usual 10% because delivery workers “are just as important” as health care workers, he said in a message on Twitter.

“They’re maxed out right now and deserve a bit extra,” he said.