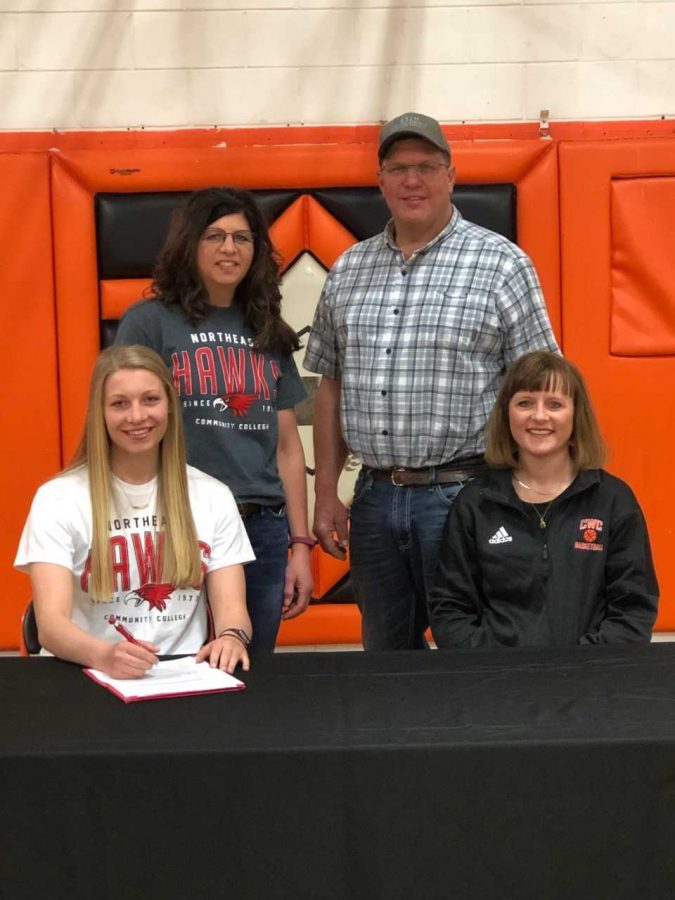 Special to The Viewpoint

Peter brings a plethora of scoring ability to the Northeast women’s basketball team after breaking the career-scoring record at Chambers/Wheeler Central High School with 1,603 points. She also broke the record for most points scored in a season with 618, while adding more than 1,000 career rebounds. Peter led her team to a third-place finish at the state basketball tournament this season, while averaging 21.3 points and 10.4 rebounds per game as a senior.

“We are extremely happy that Taylor will be coming to Northeast to play basketball,” head coach Matt Svehla said. “For the past couple of years, Taylor has been one of the top players in the area. She helped her team reach great success and she really made her mark at CWC. To be a player who averaged more than 20 points and more than 10 rebounds per game in both her junior and senior season, is impressive. She has the ability to score in multiple ways and Taylor brings that combination of size and versatility that every coach can appreciate. Taylor is a very high character person and she will be a great addition to our team.”

In her sophomore season she earned First Team All-Conference honors, First Team All-Area Holt County Independent, Second Team Elite Eight by the Norfolk Daily News, Honorable Mention All-State by the Lincoln Journal Star, Honorable Mention All-State by the Omaha-World Herald and was the recipient of the NCPA Academic All-State Award. She led her team to the O/C Tournament Championship, while averaging 11.2 points and 7.2 rebounds per game.

The Hawks finished with an overall record of 27-4 and a runner-up finish in the Region XI Championship game.