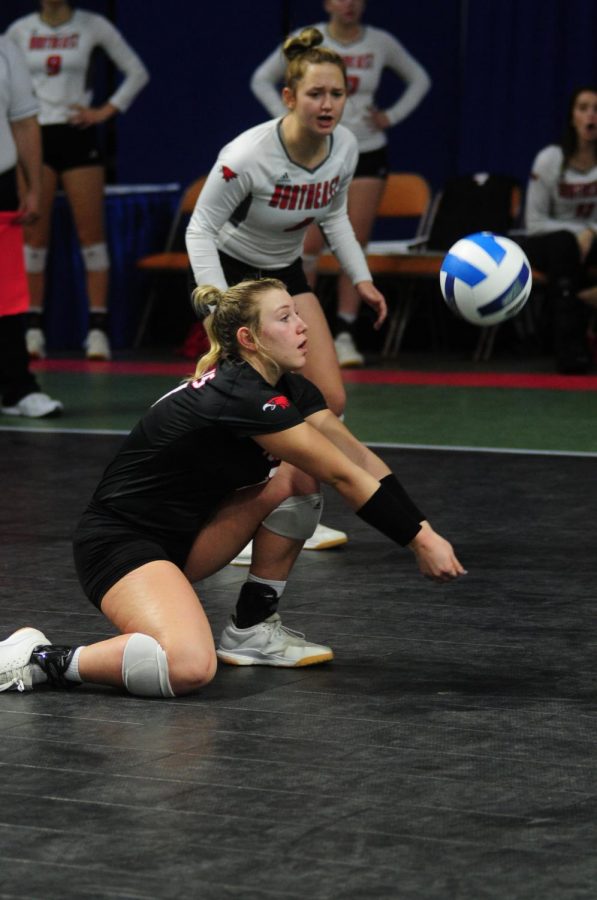 NORFOLK– Freshman Josie Sanger (Crofton, Neb.) had a season to remember as a member of the Northeast Community College volleyball team.

On Wednesday it was announced by the NJCAA that Sanger was named an NJCAA DII Volleyball Second Team All-American.

Sanger broke the all-time digs record at Northeast for most in a season with 829. She finished fourth at the NJCAA DII level for most digs and ninth in digs per set with 5.87.

Her best performance came on Nov. 3 against North Iowa Area Community College in a five-set victory in the Region XI-B championship with 43 digs. She finished with 20 or more digs 21 times in 37 matches this season, helping the Hawks reaching the NJCAA DII Volleyball National Tournament for the fourth consecutive season.

The Hawks finished with an overall record of 22-18 and a 7-2 record in ICCAC play.