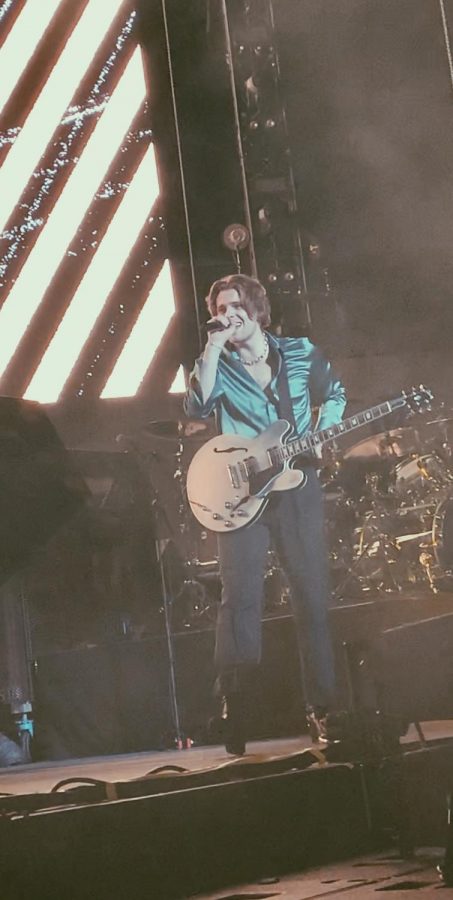 NORFOLK- Have you ever heard the phrase all good things are worth waiting for? That’s what attending concerts is like with general admission.

I attended the World War Joy tour on Saturday Nov. 16 in Wichita, Kansas, at the INTRUST Bank Arena. The main headliner for this tour is The Chainsmokers, however my favorite band, 5 Seconds of Summer (5SOS) also played a full set. Female artist Lennon Stella also opened up for the groups, and I have come to love her music a lot as well.

This was my second time attending this concert, the first show I went to was in St. Paul, Minnesota, on Oct. 5 at the Xcel Energy Center. For both shows, my parents, our dog (of course), and my guest left for the city on the Friday before the shows, both on Saturdays and returned home on the Sundays.

I bought two general admission tickets for each show the moment they went on sale in February, I had chosen to go to two shows because last year in 2018 I also saw 5SOS twice and I knew I couldn’t just see them once a year, when I had the opportunity to go to more and the band was coming relatively close to where I live, which is rare.

When the time finally came in St. Paul, I arrived to wait in line at around 11:30 a.m. We waited all day right inside the venue doors meeting with other fans of 5SOS and listening to the artists soundcheck just a few hundred feet away. When the doors opened at 6 p.m., I went through security and rushed down to the arena floor, without running of course, and ended up getting a spot in the second row. 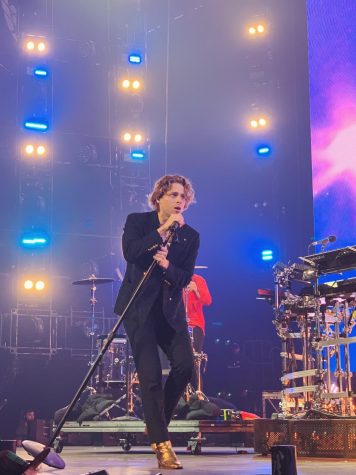 In Wichita I was even luckier.

I arrived to the venue at around 1:30 p.m. and unfortunately the venue did not allow general admission ticket holders to wait inside the building. So, my sister and I had to buy something to stay warm in at a mall 10 minutes away and then waited outside the venue doors in 40-degree weather with extremely high winds. Believe it or not, this was not my first time waiting in cold weather to see 5 Seconds of Summer, I had done this in April of 2018 in a blizzard in Minneapolis, sometimes I think I still have not warmed up from that.

Once again, I sat on the floor, met some other fans, and waited until the doors opened at 6. I was about the fourth person in my line so I knew my odds were not too bad, however there was two more lines and others who had soundcheck passes already in the arena. After going through security and speed walking down to the floor I saw barricade spots open on the right side and rushed right over. I then looked at the left side and saw only a few people so then decided to go to that side as I would get a better spot.

I ended up getting the spot almost directly in front of lead guitarist of 5SOS, Michael Clifford. I am extremely happy I got to have this spot, as this was my seventh time seeing 5SOS and I had never gotten this close to the stage before. The 5SOS tour photographer also ended up handing me a Zine he had created with the band, which a part of my head is actually featured in from a shot of the crowd at the St. Paul show.

Both shows went on quite similarly, Lennon Stella came on at 7 p.m. and performed an incredible 30-minute set. 5 Seconds of Summer followed a few long 10-20 minutes later. I think this band improves every single time I see them, even though they were fantastic from the start.

I was a little disappointed their set was only an hour long which forced them to shorten the length of some songs, but it was understandable because it wasn’t exclusively their tour.

The Chainsmokers came on after. Lennon Stella and 5SOS both came on their set to perform their songs together, which was my favorite part about seeing The Chainsmokers.

I personally have never been a huge fan of the group, so I did not find their set to be the most enjoyable however their new drummer, Matt McGuire, I noticed was extremely talented and definitely my favorite out of the three. As I was in the first and second row, I felt all the fire heat and the pyro from the stage, which scared me at times, not going to lie.

From my experience at the St. Paul show, I knew the Chainsmokers set was extremely loud and was really painful for my ears so I was recommended to buy ear plugs, which thankfully ended up helping a little bit.