Impeach Trump? An America filled with anger and animosity digs in 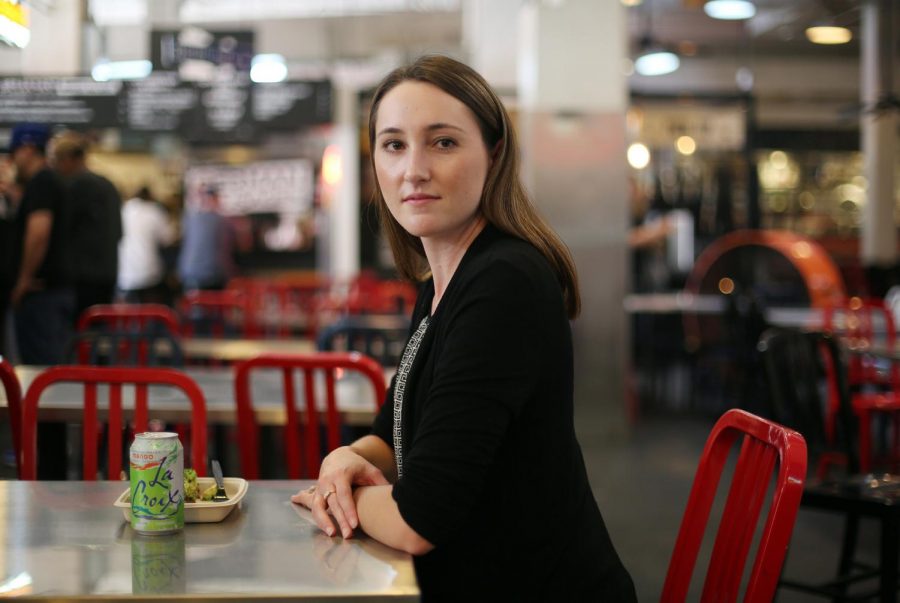 DUBUQUE, Iowa — It was a day like many across the divided states of America, brimming with anger, resentment and festering grudges.

For just the fourth time in history, the House of Representatives — the people’s house — began formally weighing impeachment of a president and, in El Paso, Texas, Rebecca Reyes was thoroughly pleased.

It was, she suggested Wednesday, about time.

“He’s the worst president we’ve ever had,” said Reyes, 60, a Democratic attorney. “Not only has he abused his power, he’s destroyed the psyche of many Americans.”

In Dubuque, behind the bar of Choppers, manager John LuGrain saw things differently. Impeachment, he suggested, was more of the same old, same old.

“It’s still a witch hunt,” he said, quoting the words of President Donald Trump to disparage his pursuers. “The Democrats just cannot let it go that Trump was elected.”

Impeachment, the first step in ousting a president, is a political sanction — and provocation — like no other. In a country already blazing with animosities, the mere prospect was like adding matches and several buckets of gasoline.

The facts — a Trump phone call seeking “a favor” from Ukraine’s leader, a president reaching overseas to excavate dirt on Democratic rival Joe Biden, foreign aid possibly held up as leverage — were fuzzy to most. Indeed, in dozens of interviews from Winooski, Vt., to Southern California, the Democratic move on Capitol Hill seemed not to change very many minds; opinions were formed a long time ago.

For those opposed to the president, the effort to impeach was a long-awaited and much-belated reckoning.

“I feel like we all knew this is what happened with Russia,” Alex Worthy said of interference that helped cost Democrat Hillary Clinton the 2016 election, “and we couldn’t get the evidence and now have it.”

The 28-year-old Democrat, a Laguna Hills, Calif., attorney, was rooting for impeachment even before the Ukraine scandal broke.

“I’m sure he’s done some good things,” she said of Trump, citing the robust stock market. But she called him a poor “representation of who we are as Americans. His blatant disrespect for people is sad to see.”

For supporters of Trump, the Democratic investigation was a continued attempt to delegitimize a president whose unconventionality and shattering of political norms — like welcoming foreign intervention to boost his reelection effort — has always been a strong part of his appeal.

Becky Hinkle not only sees impeachment as unwarranted, but a sad ploy to try to boost Democratic prospects in 2020.

“It really hurts the United States and the people and divides us,” said Hinkle, 65, a Republican who was meeting with friends in Long Beach, Calif., to plan a Lake Arrowhead getaway. (Business for the Glendale real estate agent is so strong and the economy in such great shape she’s struggled to fill a position paying $50,000 a year. “Let me tell you,” she said, “I can’t find any employees to hire.”)

Not everyone, however, fell back on customary partisan positions, or allowed their personal feelings toward Trump to sway their stance on impeachment.

Ronald Kelley, a lifelong Republican who refused to vote for Trump — the first time he ever failed to cast a presidential ballot — said he has long favored the president’s ouster.

“He feels like he doesn’t have to play by any rules,” Kelley, a 71-year-old retired Delta Airlines employee, said of Trump.

“You can’t just do what you want to do. What gets me is that they’re issuing subpoenas to testify (before Congress) and he’s telling people not to talk. It’s an abuse of power!” Kelly said as he strolled across the town square in McDonough, Ga., a rural but fast-growing county about 25 miles southeast of Atlanta.

As the Winooski River gushed over rapids on a sparking fall afternoon in Vermont, urban planner Sarah Pelkey greeted the news of the impeachment investigation with ambivalence.

A political independent, she is no fan of the president. “There’s so much negativity … the way he speaks to his constituents, foreigners,” said Pelkey, pausing to photograph intersections in Winooski for a city signage project.

But impeachment is “just more noise” from Washington, said Pelkey, who would prefer to see Trump ousted via the ballot box in November 2020.

For the most part, though, the start of a formal impeachment inquiry seemed to merely ratify what Trump-lovers and Trump-haters have believed all along.

Standing on a sidewalk of the nation’s capital, Tracy Wang has gotten used to people sneering at the Donald Trump-themed merchandise she displays at her vending booth. Sometimes, she said, passersby even throw her “Keep America Great” hats on the ground.

Impeachment, said the 67-year-old Republican, is an even more grievous insult.

“Maybe some people don’t like his personality or the things he says, but he does such good for this country,” said Wang, who arrived in the U.S. from Taiwan 35 years ago and especially likes Trump’s hard line on immigration.

“Some people who come to this country are too lazy to work because there are government handouts,” Wang said, “and Trump is changing that.”

In Georgia, Alfred Jones, 49, a child support case worker from Jonesboro, struggles to understand how any Republican could still back Trump after such revelations as his hush-money payoff to pornographic film actress Stormy Daniels.

“He shouldn’t be in a position of power in the United States. He wants to be like Putin,” the Democrat said, invoking the name of Russia’s president Vladimir Putin as he walked to his office in downtown McDonough. “He wants all the power.”

And then there was the rare case of bipartisan agreement.

In Dubuque, Bob Kaukaskie and Carl Wubben are among a group of retired John Deere engineers who meet for breakfast every Wednesday at the Sunshine Family Restaurant downtown.

Both, however, oppose impeachment because, they said, lawmakers have better things to do. Besides, they agreed, the country is already divided enough.

“They’re never going to get it through the Senate,” Kaukaskie said. (If the Democratic-controlled House votes to impeach Trump, a trial would follow in the GOP-run Senate and would require a two-thirds vote for the president’s removal from office.)

“The country’s not in favor of it,” Wubben chimed in, “so why go through the process?”

Especially, Wubben said, with an election next year that he is pretty certain Trump will lose.

Over on the north side of Dubuque, a neighborhood of working-class families known for its German flavor, LuGrain had his own sense of where things are headed, with both sides of the political divide so fiercely antagonistic.

A smattering of regulars at Choppers who all seem to know each other appeared content to enjoy their pints of lager and tune out the political news, for now at least.

Bar manager LuGrain was less sanguine. “I think the tension in this country is going to get a lot worse,” he said.

That’s something just about everyone — Democratic, Republican, independent — could agree on.