These were the best and worst movies of summer 2019 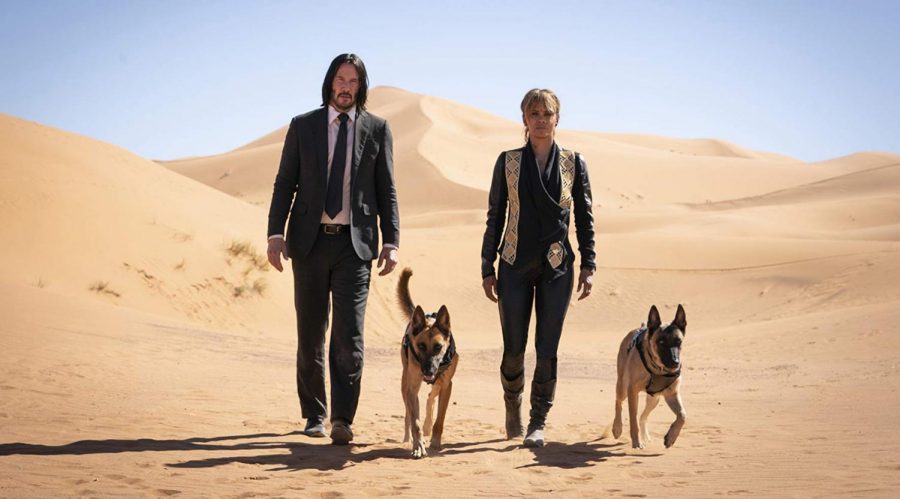 Now ends the summer movie season of our discontent — and the quality of the content was the problem.

We won’t know how the 2019 summer box office fared until after Labor Day, generally considered the season’s end. There have been some major hits, including Sony-Marvel’s crowd-pleasing “Spider-Man: Far From Home” and Paramount’s Elton John biopic “Rocketman.” Nevertheless, there’s a nagging sense of dissatisfaction. “Godzilla: King of the Monsters,” for instance, racked up $385 million worldwide, but nobody could deny the movie was a mammoth-sized turkey. Meanwhile, one release after another simply tanked, from the sci-fi spin-off “Men in Black: International” to the Melissa McCarthy crime drama “The Kitchen.” The sense of summer fatigue is palpable.

Still, there were bright spots and brave experiments, even if many of them struggled to break through the sequel-driven noise. Here’s a look back at the good, the bad and the ugly of this summer.

Let’s be clear: “John Wick: Chapter 3 – Parabellum” has zero redeeming social value. It’s a gratuitously violent action flick with some truly goofy dialogue (“The path to paradise begins in Hell”). But skinny-tied star Keanu Reeves and stuntman-turned-director Chad Stahelski have turned this franchise into disreputable gold — and “Parabellum” was another check-your-brain treat for connoisseurs of pulp cinema.

In 1989, young sailor Tracy Edwards led the first all-female crew to enter the Whitbread Round the World Race. Alex Holmes’ documentary “Maiden” recreates their journey using original video (shot by cook Joanna Gooding), interviews with crew (including Long Islander Dawn Riley) and news reports full of unbridled sexism. Named after Edwards’ ship, “Maiden” is a rousing maritime adventure and a great underdog story. Could the $100 million Hollywood treatment be on its way?

It’s been a long time since The Beatles stirred controversy, but fans sure got riled up about “Yesterday,” in which a young musician (Himesh Patel) suddenly becomes the only person who remembers the Fab Four. Some saw it as a cute jukebox rom-com from writer Richard Curtis (“Love, Actually”) and director Danny Boyle (“Trainspotting”). Others called it a glib take on the most important rock band in history. But it’s nothing to get hung about: “Yesterday” ultimately earned a solid-enough $118 million.

What better way to describe 20th Century-Fox’s “Dark Phoenix,” a superhero flick that virtually repelled audiences from theaters? With an incoherent origin story about “X-Men” figure Jean Grey (an unfortunate Sophie Turner), the movie became the franchise’s lowest grosser and worst reviewed, according to RottenTomatoes. It was even singled out by Fox’s new owner, Disney, as a reason for the studio’s second-quarter loss of $170 million. In short, “Dark Phoenix” was this summer’s “Heaven’s Gate.”

“Booksmart” turned the teen party genre (think “Superbad”) on its head. It’s nearly all-female, from its writers to its director (first-timer Olivia Wilde) to its two stars (Kaitlyn Dever and Beanie Feldstein as a gay-straight alliance). But here’s the real groundbreaker: “Booksmart” wasn’t mean or offensive, yet it was still funny. Was it the ultra-woke vibe that kept audiences away? Too bad. They missed a super-good comedy.

CLEAREST EXAMPLE OF EVERYTHING THAT’S WRONG WITH THE MOVIES

It’s a tie between two Disney remakes: “Aladdin” and “The Lion King.” The former was an overstuffed musical driven by a creaky Will Smith replacing Robin Williams as the genie. The latter was a CGI spectacle with dazzling effects but all the human warmth of your Alexa. The result? Together, they earned a whopping $1.9 billion at the box office. Break the cycle, America!

“Ma” marked an unexpected foray into horror from director Tate Taylor and lead actress Octavia Spencer (both of “The Help”). She played a psychotic townie obsessed with the local teenagers. Reviews and box office were meh, but “Ma” deserves mention as the rare — maybe the only — mainstream horror film with an African-American woman as a villain This counter-intuitive case of color-blind casting mostly escaped notice, which might actually be a good sign.

MOVIEST MOVIE ABOUT THE MOVIES

Theaters these days are full of widgets — machine-made entertainment of varying degrees of quality. To see a real movie, made by a real writer-director, get thee to Quentin Tarantino’s “Once Upon a Time … in Hollywood.” Set in a mythological 1969 and driven by the star power of Brad Pitt and Leonardo DiCaprio, “Once Upon a Time” isn’t perfect (reviews have been mixed to positive), but it’s an homage to the movies from a man who truly loves them.

In “Burn Your Maps,” an 8-year-old Wes (Jacob Tremblay),discovers his identity. It’s not what you’re thinking. The kid believes he’s a Mongolian goat herder, and he won’t rest until he makes a pilgrimage to his homeland. Jordan Roberts’ beautifully quirky comedy-drama, co-starring Vera Farmiga as a baffled but devoted mother, mysteriously vanished after playing the festival circuit several years ago. It came out briefly this summer, then migrated to video-on-demand. See this charmer before it disappears again.

BEST MOVIE OF THE SUMMER

And the award goes to Disney-Pixar for “Toy Story 4.” Tom Hanks, Tim Allen and the gang still have the old magic, plus there’s Annie Potts as a free-spirited Bo Peep, who elevates the story from kid-friendly adventure to “Casablanca”-caliber romance. Yes, we all wish Hollywood would produce more original content, but at least we’ve still got a friend in this consistently high-quality franchise.