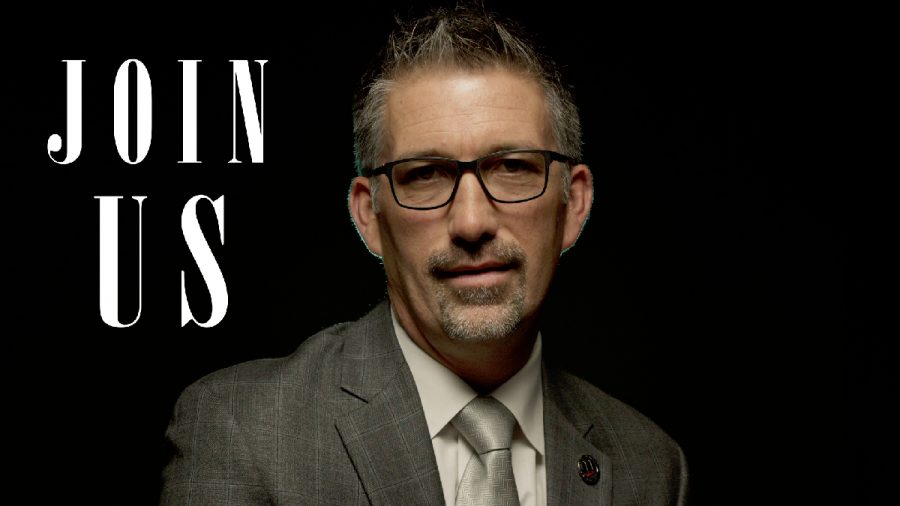 NORFOLK– A Northeast Community College student has utilized the skills he has learned through the institution to assist in the promotion of a national conference that is designed for continuing education program CEO/directors, product developers, and operational professionals across the world.

“I was asked by my (LERN) team to come up with a unique way to promote a Contract Training Conference that was held in Chicago this month. My thoughts immediately turned to our digital cinema and media program at Northeast to create an opportunity,” Johnson said.

He visited with instructor Timothy Miller in January on ideas to develop the promotional piece.

“Tim was able to embed the applied learning piece of industry in working with our program and engaging three of our students in developing an outstanding product.”

During the first semester of classes, Miller works with his students on the technique of three-point lighting, which means using three sources of light while everything in a video is balanced. During the second semester, students transition to less standard lighting.

Miller said, “When Eric said he want to get something that is a little bit edgy, I said, ‘perfect!’ My goal with students is to not just give them specific techniques, but give them the ability to look at a lighting setup and say, “How do I do that?’” This was a great way to reverse engineer a style and add of little bit of our own technique.”

Miller then met with student Benjamin Viergutz on developing some ideas to meet Johnson’s request.

They came up with a story board to use three cameras in the making of the video – one directly in front of Johnson and two on either side of him in the close up shots. The students did more than develop the look they wanted for the video. They also researched the work of LERN and developed a graphics package that is a vital part of the video.

“I wanted to start off the video with a couple of b-roll shots of Mr. Johnson writing on his notepad and typing on his keyboard in order to make it a little bit intriguing for the viewer,” Viergutz said.

Another intriguing component also literally incorporates using Johnson’s own words. Many of them appear exactly at the same time Johnson says them, popping up all over the screen in different fonts.

“I noticed that cutting to different angles (of Johnson) was interesting … however, whenever I watch videos on TV or any other platform, they don’t only include the visual content of the actor, they also like to put words on the screen. So I decided, why not embed some of Mr. Johnson’s words to emphasize what he is saying on why someone should attend the conference,” Viergutz said.

In addition to operating a camera, Viergutz, a graduate of Norfolk High School, also was the post production artist and wrote the music that appears in the video.

He said music has been a part of he and his family’s life for as long as he can remember. He also has a passion for video.

“There are some really cool effects in Hollywood nowadays and I want to be part of that. I want to be able to project an emotion on somebody using video so people can feel something when they see it.”

Viergutz said he has always heard great things about Northeast’s reputation in audio recording technology. He had researched a university in Florida that focuses on degrees in the areas of entertainment, media, arts, and technology and compared it to Northeast.

“And I realized that I can get the same amount of knowledge in a shorter amount of time — and at a fraction of the price by attending Northeast Community College. That’s what sold me.”

Viergutz had some knowledge of the Northeast studio even before he graduated from high school. He visited twice to record some of his compositions.

“So I had been there before and knew what the facility looked like and the program they provided. We have wonderful hands-on equipment here. I saw the quality they were producing in their students and it blew me away compared to universities.”

Viergutz is currently finishing up a business degree at Northeast Community College and is focusing on his own studio in the basement of his parent’s house, where he works on projects for his clients. He is looking to expand that operation, and within the next five-ten years, he desires to move to Tucson, AZ, to operate his own “large studio” where he can focus on all forms of media arts that include video, audio, and photography, which he hopes to refer to as the “Walmart of studios.”

Miller said the production of the LERN video was incorporated into an already scheduled lab. He said using someone from outside the program, such as Johnson, is more meaningful for the students because while they may be able to develop techniques, it’s much different than just recording other students.

“Ben and the College also get a nice piece out of this work,” Miller said. “It’s media that represents Northeast well.”

In addition to Miller’s direction and Viergutz’s role in the production, students Regan Dorcey, West Point, and Brayden Henke, Humphrey, served as camera operators on the video.

The scope of their work was to capture “b roll” video of the conference, conference location, the city Chicago and more to develop future promotional videos for the organization.  In addition, Viergutz and Graves interviewed all the presenters at the conference in one-on-one settings to capture a two-to-three-minute video of the highlights of the sessions presented.

Johnson said LERN plans to use the Northeast student-produced videos as promotional models as well as “best practice” pieces around selected topics.

“These videos produced and developed by a Northeast student like this is a fantastic reflection of one of our great programs, especially of one of our students who has aspirations to own and operate his own studio and do much of this type of work professionally,” Johnson said. “We are all really excited to view the final product from Ben and Austin’s work in Chicago – a great example of applied learning in a real world setting.”

The conference promotional video may viewed online through You Tube at  https://www.youtube.com/watch?v=wJng7oAWuho