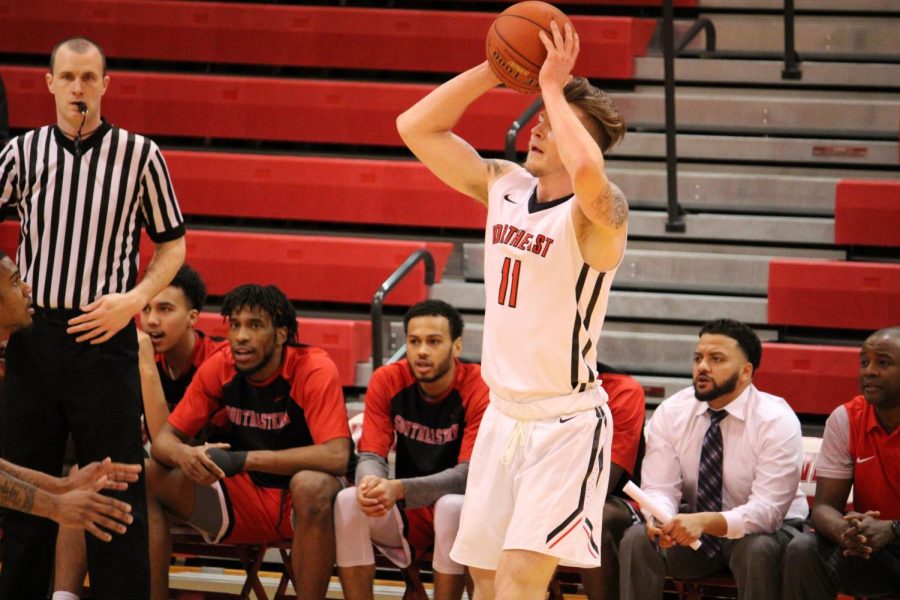 NORFOLK- The Northeast Community College men’s basketball team faced off Wednesday, Jan. 16 against Southeastern Community College. The game took place at the gym in Cox Activities Center at 7 p.m. After a close game, the Hawks were defeated 95-88.

Coach Dan Anderson says the best part about the game is that, “we battled the whole game. We also did a nice job rebounding,” he said.

The Hawks had eight different lead changes throughout the game. The player of the game was student Emmette Page with a total of 18 points, 2 rebounds and 9 assists. Hawks Seth Coatta and Ben Moxness tied at 15 points each. In total the team shot 47% from the field.

The teams record for the season is 9-9 with an average of 83.6 points per game. “I feel we are improving every day,” Anderson said.