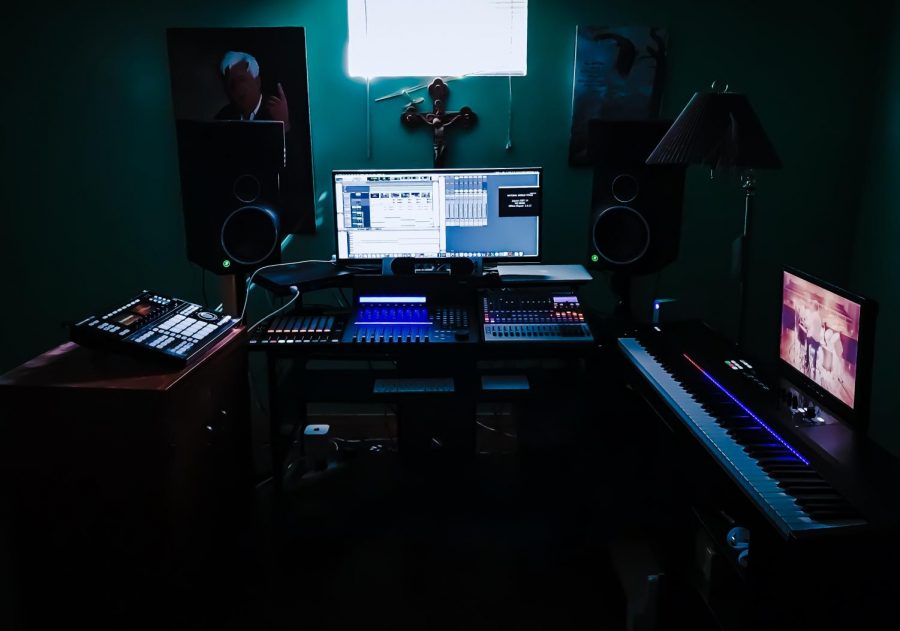 Northeast Community College is a place students can learn about their passion and interest. Student, Ben Viergutz, took advantage of the opportunities Northeast gave him. In May of 2018, he graduated from Northeast with an Audio and Recording degree. Currently, Viergutz is back at college majoring in Business Management with a Cinema certificate.

When Viergutz was a high school freshman, he opened his own media arts studio. “It all stems from the fact that Eminem is my favorite artist and he has an evil twin called Slim Shady so when I was going to choose my rap artist name I decided to do the opposite of Slim Shady and call myself Fatt Sunnie,” Viergutz explained. Later, when Viergutz decided to open his own studio, he decided to call it Fatt Sunnie Studios since he rap artist name was already known.

Fatt Sunnie offers a laid-back atmosphere. Former Client, Chance Lasilla, had a pleasant experience with recording through Fatt Sunnie Studios. Lasilla recorded his own song “Dead Memories” with Viergutz. “I think the best thing about recording there is that he will personalize anything for you if you want him to do it,” Lasilla said. “About a month down the line, I decided there was something I wanted to change about it. We sat down together and for a hour, hour and a half, fixing this one little thing. He took that much patience because he knows my music was important to me and so it became important to him.”

Lasilla found out about Fatt Sunnie Studios through Ben’s dad, who’s a music director for Norfolk Senior High School. Lasilla asked Ben’s dad, Robert Viergutz, if he thought Ben would record a song for him and Robert knew Ben would.

Recording songs isn’t the only thing Viergutz does. He also records and makes videos. Viergutz recently got the Black Magic Pocket Cinema 4K Camera, which is what he now uses to record all his videos. This camera was released in Sep. of 2018. It has dual gain ISO up to 25,600 and with the ISO extremely high, this camera shows nearly no noise. The Black Magic Pocket Cinema 4K Camera has 13 stops of dynamic range, when most cameras have up to 10, depending on the brand. Just these two things combined gives you more control the other cameras.

Viergutz is as much a friend as he is the guy recording your song or video. For example, when Lasilla needed help moving boxes from his house into a storage unit, Viergutz offered to help. Viergutz not only helped Lasilla move the boxes but also drove him to the storage unit as well. “I like the fact that he’s very professional, while still being friendly. He gives a very good atmosphere, a very good vibe. You go into the studio, and you’re having fun while you’re recording, and that’s what I really like,” Lasilla said.