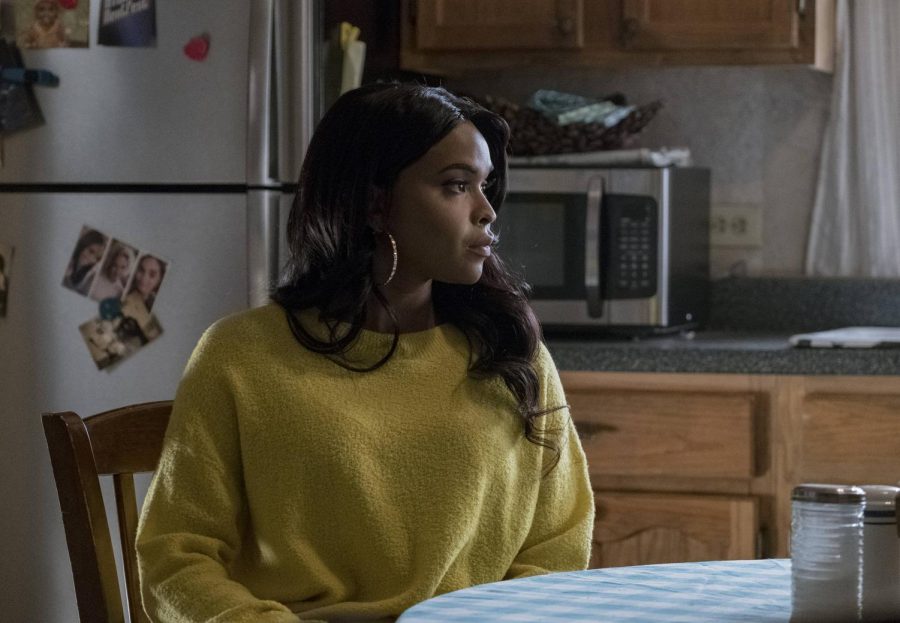 “When we started,” said Debra Messing, “it was revolutionary to have two gay characters, so what we were able to address at the time was LGB. We stopped at ‘B’ and my hope is that now we can finish the alphabet,” she said (meaning “T,” that is). “With gender identity, there are so many things being discussed in our culture now.”

Whether or not the revived version of “Will & Grace” follows through on Messing’s mission, the trans community can point to at least some progress on TV. That includes the public support shown for a “Survivor” contestant who was outed as transgender last spring, and the casting of trans model Amiyah Scott on Fox’s musical drama “Star.” Ryan Murphy’s company announced last week that at least five transgender performers will appear in his upcoming series “Pose,” about Manhattan society in the 1980s.

But TV still has a long way to go to make up for years of prejudicial representation.

According to the media monitoring organization GLAAD, there were 134 transgender characters depicted on scripted TV show from 2002 to 2014. Most were villains or victims (88 percent), and the most common profession among them was sex worker.

As of August, there were 11 transgender characters on scripted TV compared with 260 who were gay, lesbian or bisexual. And three of those trans roles were from a single series, “Transparent,” the Emmy-winning dramatic comedy on Amazon Prime.

“That seems like a huge percentage compared to nothing, but it’s estimated that 1.4 million Americans identify as transgender,” said Nick Adams, GLAAD’s director of transgender media and representation, referring to a 2016 study by the UCLA Law School’s Williams Institute. “Eleven characters can’t even begin to represent the diversity and complexity of our community. The situation is pretty dire.”

How trans people are portrayed in the media can have considerable impact.

Shadi Petosky, who created Amazon’s “Danger & Eggs” cartoon, remembers how shaken she was by the serial killer in a certain Oscar-winning movie.

“I remember Buffalo Bill in ‘Silence of the Lambs’ and how people at school talked about that movie,” said Petosky, one of the few trans producers in Hollywood. “People at school would say, ‘Oh, it’s so brutal and bloody and horror, but the worst thing is this character, this guy, wants to be a woman.’ Like, that was the worst thing. I just remember sinking in my desk in school from that.”

Rhys Ernst, a producer on “Transparent,” remembers watching a talk show when he was 9 and being shocked at how the host and his audience treated a trans guest.

“Everyone sort of stared at him like he was such a freak and it was just mortifying,” said Ernst. “I immediately identified that I was like him in this moment of shock, and then I had the horror that I didn’t want to be like that sort of sad image.”

Ernst, who created the online series “We’ve Been Around,” a collection of short films about transgender pioneers, had a much more optimistic reaction when watching the second season of MTV’s “The Real World,” in which roommate Pedro Zamora dealt stoically with contracting AIDS.

“He wasn’t a trans person, but I remember seeing him kiss his boyfriend and it really hit something within me that challenged my kind of internal homophobia,” he said. “That was a moment that sort of shifted me in a positive direction toward acceptance and realizing that I was queer or something, and that I was somewhere in the world.”

Alexandra Billings, a trans actor who has appeared on “How to Get Away With Murder” and “ER,” said she was considering committing suicide one afternoon when she happened to turn the channel to Phil Donahue’s talk show. The show’s guests included three “beautiful, sparky, shiny human beings” whom Billings instantly connected with.

“As the interview went on, I realized they were trans women and I recognized that they were part of my tribe,” Billings said. “I thought, ‘I love these women, I want to be these women.’?”

“Transparent” creator Jill Soloway, who based the show on her own father’s transition to being a woman, is still smarting over Julia Sweeney’s sketches on “Saturday Night Live” featuring Pat, an androgynous character whose popularity led to a feature film.

“We didn’t understand it at the time, but what an awful piece of anti-trans propaganda that was,” Soloway said. “That’s one I look back at with a lot of sadness because that was part of our culture.”

An education on screen

Soloway herself had a lot to learn in terms of fairly representing the trans community. She recently went back and watched the first season of “Transparent,” which premiered three years ago. She feels she could have done better by speeding up the process in which lead character Maura accepted her decision to change sexual identities. She also felt she failed to effectively defend her decision to cast Jeffrey Tambor, a cis man, in the role.

“It wasn’t great,” said Soloway. “Unfortunately for the trans community, I was having my education in public. Every single day, I apologize for how little I understood.”

The most obvious path to accurate on-screen portrayals is getting transgender people in more powerful roles behind the scenes.

Petosky features a trans woman of color as mayor in “Danger & Eggs,” which also included an episode inspired by Minneapolis’ Pride Week. Several publications have called the series revolutionary for the way it presents trans youths and gender-nonconforming kids without making a big deal out of it.

Changes are also happening in front of the camera. “Doubt,” a short-lived CBS legal series, featured Laverne Cox, one of the trans community’s most outspoken representatives, in a role where her gender took a back seat to her skills in the courtroom.

Billings will play a significant part in the second season of Amazon’s “Goliath” but her gender is barely mentioned.

“I’m grateful for the job, but also I was just gobsmacked by the fact of it,” she said. “We certainly have to have more of the dialogue, but things are changing. Hollywood is starting to take notice.”