Large fries? Extra sauce? Why McDonald’s wants to track all your dining habits 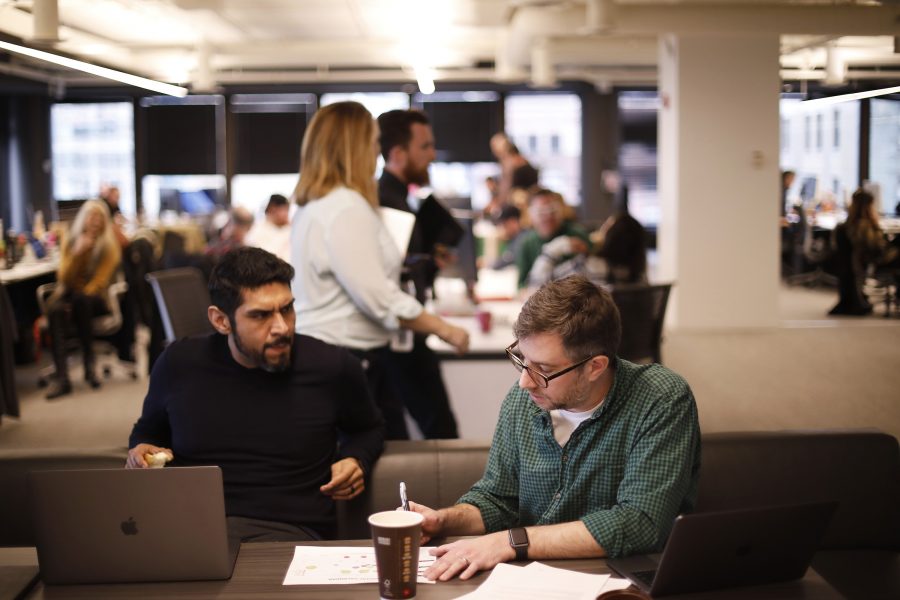 At least not yet.

By year’s end, the world’s largest burger chain will roll out nationwide a mobile ordering system that will collect a wealth of data about the habits of customers — everything from what kind of burgers they prefer to how often they swing through the drive-thru.

McDonald’s plans to use the information to customize the way it interacts with diners. Imagine, for example, having the McDonald’s app on your phone suggest a milkshake to go with your twice-weekly Quarter Pounder order.

Despite a management shake-up at McDonald’s last week that saw the departures of the heads of marketing, menu strategy and digital, analysts expect the chain’s innovation plans to continue moving forward.

The ability to collect data on customers is important to McDonald’s, which is trying to reverse a yearslong decline in customer traffic. The move also places the fast-food giant, which lagged behind in the race to introduce new technology like mobile ordering and payment, as a leader among chain restaurant companies in translating customer data into customized service.

Through loyalty programs and apps, companies have for years been gathering information on customers to increase visits and sales. But the chance to collect data and use it in a way to make a customer’s experience better and faster is still a relatively new frontier, said David Pierpont, an executive vice president at marketing firm Ansira.

“Consumers are willing to share data if the benefits are right,” he said. “I think you’re going to see more and more. Everyone’s trying to figure out how can they leverage it.”

Millennials and the younger Gen Z set tend to be more open to their data being shared, but Pierpont believes acceptance of data-sharing — with all its dangers and benefits — is more widespread than many people admit.

“They say they don’t want to give everything away, but they’re on Facebook, they’re on Google,” he said, noting that about 90 percent of Facebook’s users keep location services on, allowing Facebook ads to target consumers based on their location.

McDonald’s has had a smartphone app for several years, but it’s primarily been focused on delivering coupons and store location maps. The ability to order food and pay through the app, which is expected at all U.S. restaurants by the last three months of the year, is already in place — and spurring sales — in some of the chain’s international markets.

In Japan, McDonald’s has found that customers using the app spend 35 percent more, on average. The app makes it easy to place orders, so customers return more often, McDonald’s Global Chief Marketing Officer Silvia Lagnado said. And when customers do take the app’s suggestions to add a milkshake or some McNuggets on top of a value meal, those orders are stored and often repeated as-is, leading to higher spending.

In France, where order-and-pay is already up and running, McDonald’s is collecting “behavioral insight” from customers and using that information to personalize the promotions they receive.

“The same technology advancements that are so dramatically changing the way that we live are also transforming the way we market today,” Lagnado said at a recent investor presentation. “We’re increasingly able to measure things that we would have not dreamt of measuring just a few short years ago.”

McDonald’s also is participating in a number of pilot programs to test technology and its effectiveness in getting more customers in the door.

The company recently completed a pilot in Singapore where it placed Google ads in areas where its restaurants had slower customer traffic at that very moment and so were able to handle more delivery orders.

The company is partnering with Facebook to measure the effectiveness of its advertising on the social media site. Using Facebook location-tracking information, the chain can see the time between when customers see an ad on Facebook and when they walk into a McDonald’s restaurant. McDonald’s says it has similar pilot programs running on other social media platforms.

The new initiatives come at a time when the company is trying to improve customer traffic in the U.S., which has been in decline for years.

In a sign of just how much change is taking place at the burger giant, the company last week announced the departures of three key executives: Deborah Wahl, chief marketing officer; Lance Richards, vice president of menu strategy; and Julia Vander Ploeg, vice president of digital. The three are the first division leaders to depart since the hiring of a new U.S. president at the beginning of the year, former Kraft executive Chris Kempczinski. Their replacements — veterans of PepsiCo, Starbucks and Bank of America — start this month.

“I think McDonald’s is recognizing that they need to continue to bring in the right people and move faster than they did in the past,” Tristano said. “It’s going to be about egos and experience and direction — and you’re either onboard or you’re not.”

Still, he said the new leaders need to be open and aggressive to push the burger chain to continue to evolve away from its stodgy roots.

“I’m not saying they should operate like a dot-com, but they just dumped a lot of years of experience,” Tristano said. “They need people who are going to break the paradigm and speak to the younger generation.”

The use of this technology will tell McDonald’s where its advertising dollars work, and where they could be better spent. And a new stand-alone advertising agency has been created to help put it all together.

We Are Unlimited, a 4-month-old agency borne out of ad powerhouse Omnicom, the winner of a monthslong battle with Publicis Groupe for all of McDonald’s massive advertising business, handles all of McDonald’s national advertising, from TV and radio ads to digital spots and social media efforts. Led by CEO Brian Nienhaus, the firm will be on the front lines of taking data gleaned from different initiatives and using it to find ways to better convince customers to visit McDonald’s.

“We worry about the customer, and about our client. And that’s really all we’re about: selling more burgers, building the brand and doing it in very tight alignment with McDonald’s,” Nienhaus said.

That includes everything from real-time ads to respond to trending news on social media to planning the 12-week run-up for Super Bowl ads.

“When you get to a perfect world, the experience that we promise in a TV ad that they might see on ‘Scandal’ last night will be delivered in the mobile app, will show up in the restaurant, and will guide (customers) through a kiosk ordering process,” Nienhaus said. “And we might be able to say, ‘Yep, we brought you in for a Big Mac, but wouldn’t it be great to have a McFlurry as well?’ That’s all part of what we’re about.”

Nienhaus said the agency is focused on improving the experience of a McDonald’s customer.

“What does the modern customer want? They want to use technology to enable their convenience. They want to be able to pay with it. All those things that are going on, I think we’re just tapping into them.”