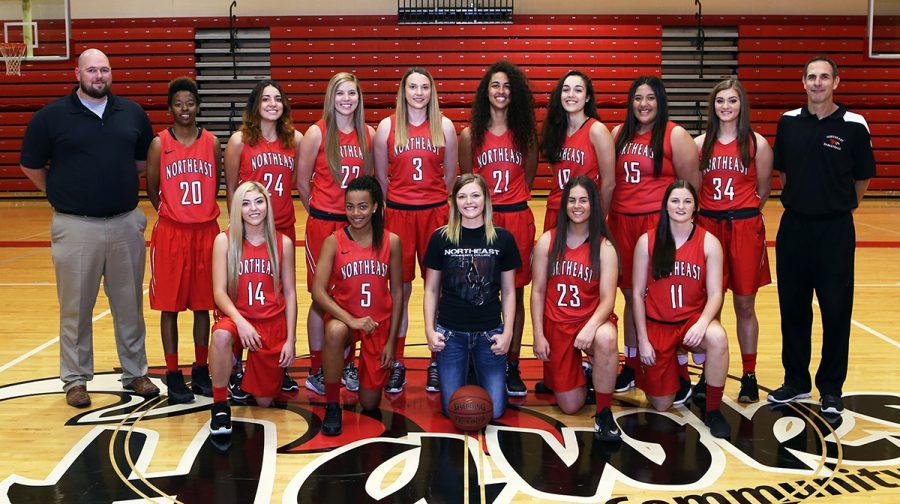 The Hawks shot over 60 percent in each of the game’s first three quarters.

“It really helps when we get the ball into the post, and they are able to convert,” said Northeast Coach Matt Svehla. “Mykala (Baylor) and Maddie (Egr) were doing a nice job inside, and our guards did a good job of getting them the ball. The last five minutes of the game, we only scored two points, but we were fairly efficient for most of the game.”

The Tigers were led by Estelle Eduardo with 17 points.

Northeast finishes regular season play with a 26-3 record. They advance to the Region XI playoff game, where they will again face Marshalltown. The game will be played Wednesday at 5 p.m. in the Cox Activities Center on the Norfolk campus.

The winner of Wednesday’s contest will advance to face Iowa Western Community College in Council Bluffs, IA, on Saturday, March 4 in the Region XI championship. In their previous meeting, Northeast was defeated by the Reivers, 59-57.