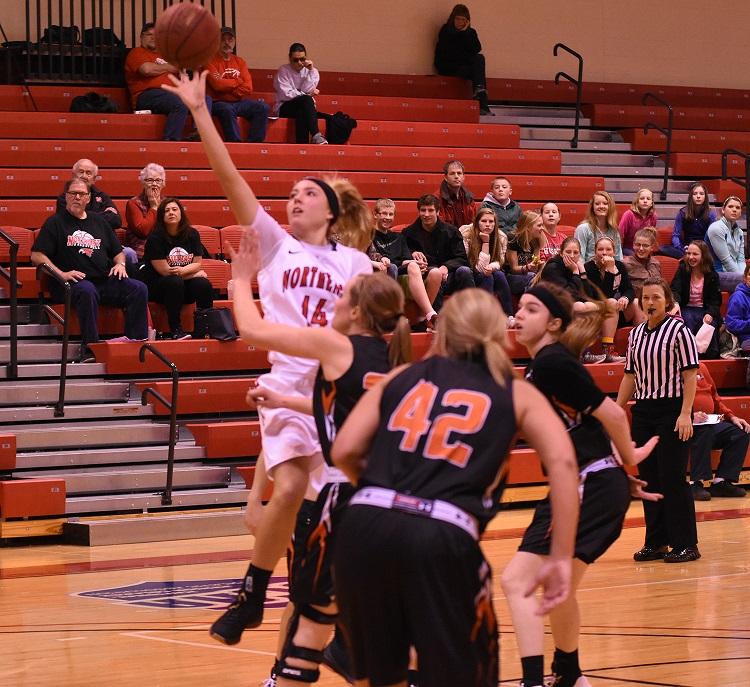 Northeast Coach Matt Svehla said two main factors contributed to his team’s loss to the Reivers. “Iowa Western outplayed us on the offensive boards 16-4, and we were 11-20 from the free throw line in the second half.”

“We had our chances to win, but just came up a bit short. We had some possessions where we didn’t finish on the offensive end, and we also had some breakdowns defensively, but the rebounds and the missed free throws really hurt.”

Svehla also noted the Hawks played without sophomore guard Maeva Kitantou for most of the game due to an injury in the first half.

The Hawks (25-3) will wrap up regular season play on Saturday, February 25, when they travel to Marshalltown, IA, to face Marshalltown Community College. Game time is 5 p.m.