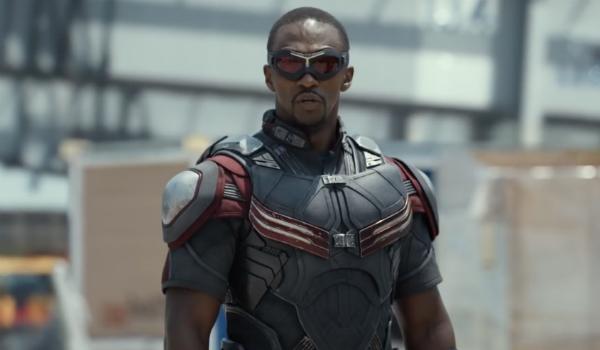 In “Captain America: Civil War,” Anthony Mackie reprises the role of Sam Wilson, aka the winged superhero Falcon, for the third time. The actor would like you to know that the big scene everyone will be talking about — a massive superhero brawl on the tarmac of the Leipzig airport in Germany — might be a blast to watch, but it was miserable to shoot.

“We’re filming in Atlanta, where it’s 95 degrees and 90 percent humidity,” Mackie said during a visit to Miami to promote the film. “You’re wearing this heavy costume and you have three layers of clothes on. You’re a grown, 40 year-old man running around dressed like an idiot. So no, it was no fun at all.”

So if making these superhero, why does Mackie keep coming back for more?

“Because we have a lot of fun together,” he says about his co-stars, particularly Chris Evans, who plays Captain America, Falcon’s partner in crime-fighting. The two actors met on the set of the 2011 comedy “What’s Your Number?” several years before Mackie joined the Marvel Cinematic Universe. Even though they didn’t share any scenes, the two became fast friends.

Between “Captain America: The Winter Soldier” and “Avengers: Age of Ultron,” they co-starred in another comedy, “Playing It Cool.” So by the time the story line of “Civil War” forced the Marvel Cinematic Universe to pick sides between Captain America and Iron Man, there was no question where Falcon’s loyalty would lie.

“Being friends in real life definitely makes it easier,” Mackie says about the characters’ on-screen rapport. “It helps make the character-based humor in the movie funnier. All the stuff on the screen between Chris and I comes out of your friendship. It’s fun when you can go to work and you know the other guy has your back.”

Born in New Orleans, Mackie, 37, landed his first starring role in Spike Lee’s “She Hate Me” in 2004 and hasn’t stopped working since. He had sizable roles in “The Hurt Locker,” “Pain and Gain,” “Million Dollar Baby” and “The Night Before.” He will next be seen playing Martin Luther King in the HBO drama “All the Way,” about the relationship between the civil rights leader and President Lyndon B. Johnson (Bryan Cranston), which premieres May 21.

“There’s a huge sense of responsibility when you’re playing the most iconic and recognizable figure in the world,” he says. “When I was preparing for the role, I decided I wouldn’t try to impersonate him, because I don’t look like him or sound like him. It was more about capturing his essence and giving the audience an opportunity to learn about this period in his life.”

Mackie’s ability to leapfrog through film genres and land so many radically different roles is a testament to his talent. But the actor humbly gives the credit to his agents, saying half of the battle to snag good parts in Hollywood roles isn’t waged by actors.

“My father used to tell me that the smartest man in the room is the one who knows he’s the dumbest man in the room,” Mackie says. “So I let other people take care of that aspect of my career. I know a lot of actors who are much better than I am, but they don’t get the best jobs because they don’t have the best reps. You’re only as good as the people who represent you, and I am lucky to have some pretty great ones. Then when it’s time to work, you just have to show up and deliver.”