Bringing the Smithsonian to Norfolk 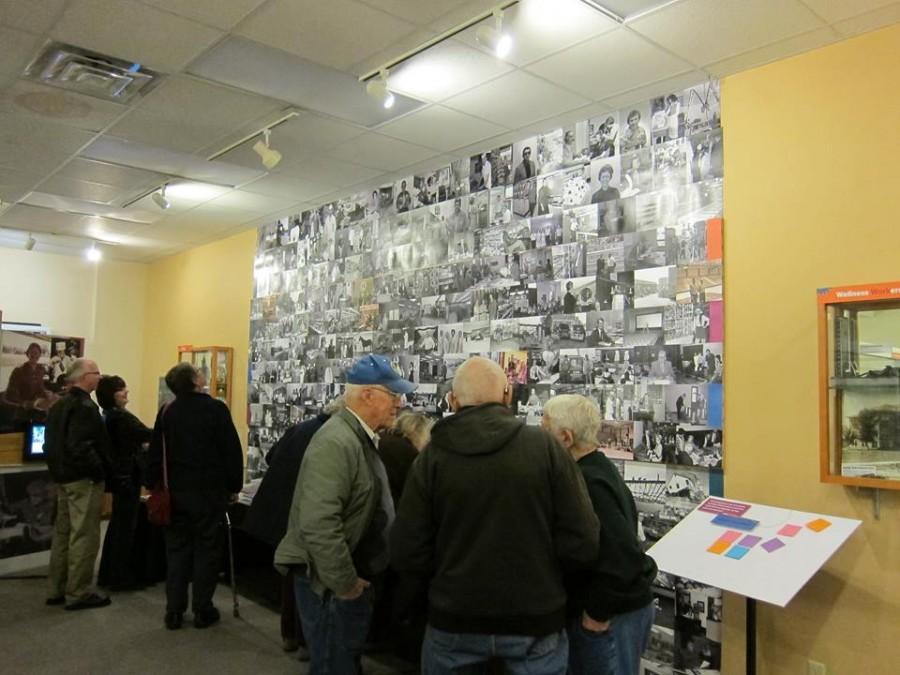 When a Smithsonian exhibit comes to Norfolk, it’s a monumental occasion. The Elkhorn Valley Museum was one of only seven museums in the entire state of Nebraska to be chosen to host the traveling exhibit, “The Way We Worked.” Ryan Leichenhauer, the museum’s executive director, says that “It’s a special opportunity to have an exhibit from the Smithsonian in our local area, and it’s only here until February 18.”

If the opening reception of the exhibit on Wednesday, January 20 has anything to say, this traveling exhibit will be a popular visitor attraction for the museum during the next month . In all, about 100 people attended the event and experienced one-of-a-kind activities that can only be found at the Elkhorn Valley Museum. A 19th century photography studio, printing press and weaving demonstrations took visitors back in time and showed how many Americans really worked. 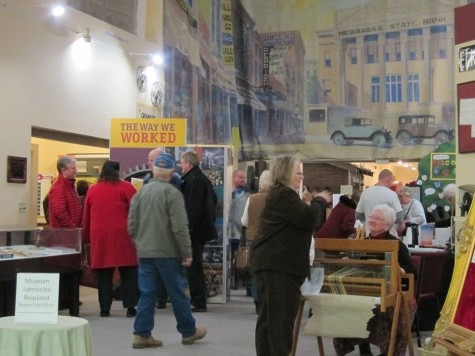 “The Way We Worked” exhibit was brought to Norfolk by a partnership between the Smithsonian Institution Traveling Exhibition Service and other states’ humanities councils, Humanities Nebraska being one of those. This partnership, called Museum on Mainstreet, allows visitors to the Elkhorn Valley Museum to see photographs from the National Archives in Washington D.C..  Chris Sommerich, executive director of Humanities Nebraska, attended the opening reception. Humanities Nebraska, according to Sommerich, is “a state-wide non profit organization that works with all kinds of groups around the state that are doing projects on history, literature, or culture.”

“The Way We Worked” exhibit covers a 150 year time frame of working history in the United States. From unions and child labor to the military and the impact of technology on the workforce, this exhibit encompasses it all. Sommerich says “It’s interesting to look at all the different things. Looking at civic issues, race, and child labor or just some of the fun things, like the old typewriter, or anything else.  A typewriter seems like such a foreign object. In my own life, I remember writing my first term papers on a typewriter and (later) going on a computer and not even that anymore. It’s all great.”

What makes this exhibit even more special is the Norfolk history interwoven into the Smithsonian exhibit. A mural of over 200 local photographs captures the attention of anyone walking into the LaBarre Gallery, where all temporary exhibits are displayed at the museum. 13 large postcards depicting different work places around Norfolk can be found dispersed around the exhibit. Interactive exhibit activities, oral history interviews, and videos add yet another dimension to this temporary exhibit.

Cases outside the gallery are dedicated to the ways people played. Visitors get the opportunity to look at the musuem’s collection of games, dolls, and sports-related items on display alongside “The Way We Worked” exhibit. On Saturday, February 13 from 2-4:30pm, the museum will be having a Hands-On-History event “The Way We Played” that allows people of all ages to play hopscotch, shoot marbles, and enjoy some of their other favorite games.

So why is it important to stop by your local museum and learn about the local history of your area? Chris Sommerich says “I feel like people need to stay in touch with the past and learn from the past because otherwise we make the same mistakes over again and or you just don’t progress as a society. It’s great to have things where you can kind of look at what life was like 150 years ago, 100 years ago, 50 years ago,whatever, and just think about where we are going as a community or state. People need to stay in touch with their history”

With many cold winter days ahead, a trip to the Elkhorn Valley Museum is the perfect way to spend an afternoon learning about the history of work and the history of the Norfolk area. Ryan Leichenhauer says “If you haven’t been to a museum exhibit in a while or maybe museums aren’t normally  your thing, this one really resonates with people because it’s such a common topic that we don’t tend to think about. However, when taking a deeper look at it and reflecting on our working history, it tends to touch people from different walks of life and they see their own family history reflected in the exhibit.”