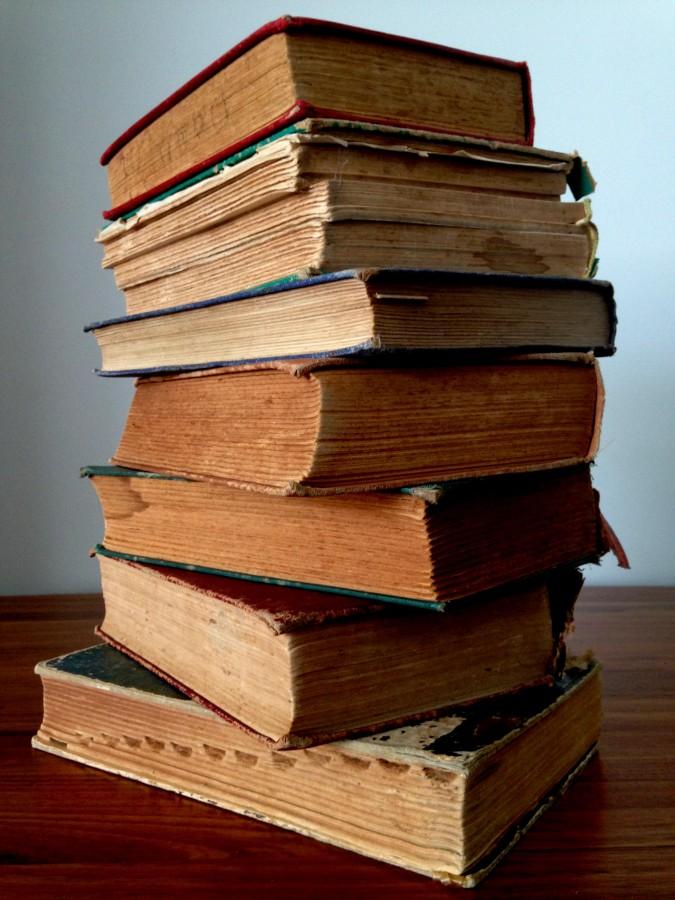 BOSTON—The Notable Books Council, first established in 1944, has announced the 2016 selections of the Notable Books List, an annual best-of list comprised of 26 written for adult readers and published in the U.S., including fiction, nonfiction and poetry. The list was announced Sunday during the American Library Association’s Midwinter Meeting in Boston.

“In the Country: Stories” by Mia Alvar. Alfred A. Knopf, a division of Random House.
Exploring the Filipino experience spanning decades and continents, these fully rendered tales express wonder and sadness leavened with humor.

“The Sellout: A Novel” by Paul Beatty. Farrar, Straus and Giroux.
Poking the underbellies of many sacred cows, this biting social satire examines race, culture and politics in modern America.

“Did You Ever Have a Family: A Novel” by Bill Clegg. Scout Press, an imprint of Simon & Schuster.
The aftermath of a tragedy and its rippling effects in a small Connecticut town.

“Black River: A Novel” by S.M. Hulse. Houghton Mifflin Harcourt.
This modern literary Western explores a man’s redemptive journey and the possibility (and cost) of forgiveness.

“The Prophets of Eternal Fjord: A Novel”” by Kim Leine, translated by Martin Aitken. Liveright Publishing Corporation, a division of W.W. Norton.
An epic and evocative tale of colonialism in Greenland; translated from the Danish.

“The Tsar of Love and Techno: Stories” by Anthony Marra. Hogarth, an imprint of Crown Publishing Group.
Beauty and humanity are found in the darkest and grimmest of places in these interconnected pieces.

“The Sympathizer: A Novel”” by Viet Thanh Nguyen.Grove Press.
A half-French, half-Vietnamese man serves as a double agent after the war, and struggles with the contradictions of his identity and loyalties.

“This Is the Life: A Novel” by Alex Shearer. Washington Square Press, a division of Simon & Schuster.
Spare prose mixes with heart-wrenching humor in this gem of a story about two brothers coping with terminal illness.

“The Book of Aron: A Novel” by Jim Shepard. Alfred A. Knopf, a division of Random House.
The perspective of a boy whose only goal is to live another day gives a sharp edge to the mind-numbing tragedies of the Warsaw Ghetto.

“A Little Life: A Novel” by Hanya Yanagihara. Doubleday, a division of Random House.
A visceral, provocative story of four New York City lives marred by ambition, abuse and addiction.

“The Interstellar Age: Inside the Forty-Year Voyager Mission” by Jim Bell. Dutton, and imprint of Penguin Group.
An enthusiastic account of our reach for intergalactic space — and the people who made it possible.

“Give Us the Ballot: The Modern Struggle for Voting Rights in America” by Ali Berman. Farrar, Straus and Giroux.
A sobering and impassioned popular history of the fight for universal suffrage in the United States.

“The End of Plenty: The Race to Feed a Crowded World” by Joel K. Bourne Jr. WW. Norton and Company.
An agricultural revolution supported our booming population in the twentieth century, but we’ll need another one to sustain us in the years to come.

“Between the World and Me” by Ta-Nehisi Coates. Spiegel & Grau, an imprint of Random House.
Framed as a letter to the author’s teenage son, this chronicle of race in America works as memoir, meditation, and call to action.

“The Gay Revolution: The Story of the Struggle” by Lillian Faderman. Simon & Schuster.
An authoritative, affecting account of the effort to establish and solidify legal rights and cultural acceptance in the United States.

“Romantic Outlaws: The Extraordinary Lives of Mary Wollstonecraft and Her Daughter, Mary Shelley” by Charlotte Gordon. Random House, a division of Penguin Random House.
From A Vindication of the Rights of Woman to Frankenstein, this dual biography provides fresh insight about these groundbreaking authors.

“Dead Wake: The Last Crossing of the Lusitania” by Erik Larson Crown Publishing Group, a division of Random House.
A race to the finish, even though we know it won’t end well.

“The Soul of an Octopus: A Surprising Exploration into the Wonder of Consciousness” by Sy Montgomery. Atria Books, Simon & Schuster.
A charming, revelatory journey into the world of cephalopods.

“M Train” by Patti Smith. Alfred A. Knopf, a division of Random House.
Part memoir, part travelogue and ultimately an elegy to her beloved husband, written by an iconic American artist.

“Nagasaki: Life After Nuclear War” by Susan Southard. Viking, an imprint of Penguin Random House.
Bearing witness to hibakusha, those left behind.

“Stalin’s Daughter: The Extraordinary and Tumultuous Life of Svetlana Alliluyeva” by Rosemary Sullivan. HarperCollins.
A portrait of a woman unable to escape the terrible shadow of her father.

“Bastards of the Reagan Era” by Reginald Dwayne Betts. Four Way Books.
Drugs, violence and incarceration during a period of fear and chaos told in a brutal and haunting poetic voice.

The winners were selected by the Notable Books Council, whose members include 12 expert readers’ advisory and collection development librarians. The Council considers titles based on stellar reviews published in standard library reviewing sources and other authoritative sources.

The Reference and User Services Association (RUSA), a division of the American Library Association, represents librarians and library staff in the fields of reference, specialized reference, collection development, readers’ advisory and resource sharing. RUSA is the foremost organization of reference and information professionals who make the connections between people and the information sources, services, and collection materials they need. Learn more about RUSA’s Book and Media Awards at www.ala.org/rusa/awards.