Graduates, go and have an epic adventure 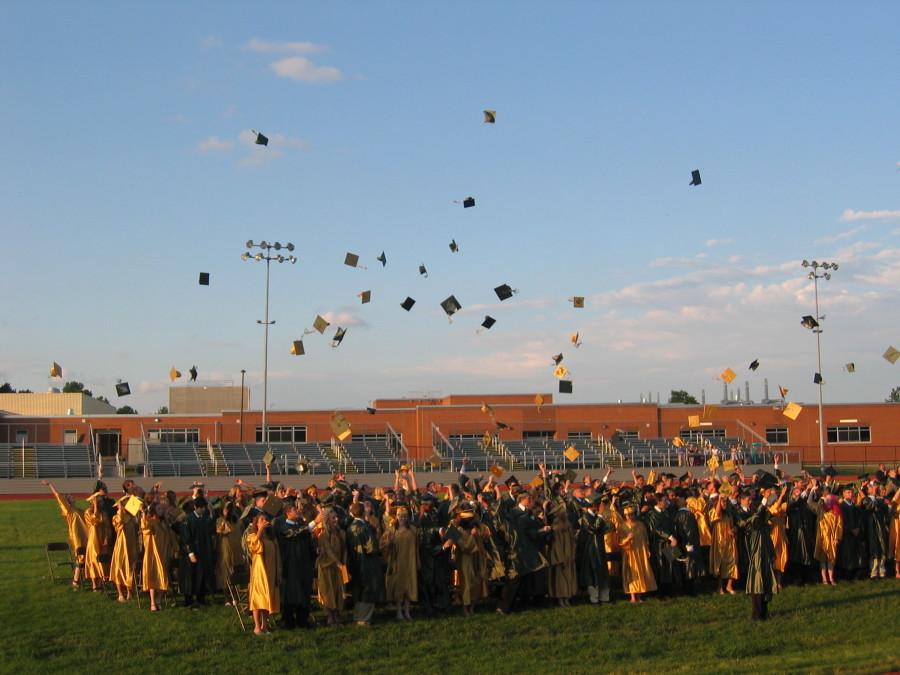 Greetings, graduates, and nice timing. I have no idea how all of you people are going to find jobs. But I do have advice: Go away.

Many of you are ahead of me on this, planning epic road trips or European backpack expeditions. That’s good. And many of these adventures will be without parental supervision. That’s good too.

Because you could use a big gulp of independence right about now. It doesn’t have to cost a lot. And the older you get, the harder it will get to commit the simple, mind-altering, life-changing act of going someplace new. So do it now. Not to take a victory lap, but to get some practice being humble and resourceful and amazed.

You might learn more about yourself if you go on your own, but it’s undeniably riskier, especially for a woman. You could start in the company of your parents for a week (that way, they might pay), then strike off with a friend.

You could do it all with a buddy or two. If you go with a boyfriend/girlfriend — well, it might be fine, but relationship drama can mess up everything. My friend Amy calls the boyfriend/girlfriend trip “Phase 2” of a young traveler’s awakening. In Phase 1, you face the world uncoupled, read your own maps, solve your own problems, learn your own strengths and weaknesses. Phase 2 is the couple trip, which can be the “sweet glue” of a good relationship. (And now, she and her husband are on Phase 3 — trips with kids.)

Whomever you travel with, give them flexibility and demand the same in return. Leave yourself room to follow your curiosity — then stop when you reach the edge of your common sense.

When in doubt, ask a local who doesn’t have a financial interest in the answer. Most people are eager to share. Some of these people will have starring roles in stories you’ll be telling 10 years from now.

Crimes and accidents happen. There’s no excuse these days for failing to keep the right people apprised of where you are and where you’re headed.

Eat, sleep and use the bathroom whenever you get a good chance. Compare prices. Use sunscreen, carry water and don’t expect the natural world to cut you any slack. Remember that doing things slowly is usually a lot cheaper than doing them quickly.

Tip generously but not outrageously. If you’re sleeping in a hotel, tip the maid at least $2 a day. If you don’t, you have no business complaining about the widening gap between the rich and the working poor.

Communicate more in person, less electronically. Remember, this adventure is about taking impressions in, not spewing them out.

Beware advice from taxi drivers, especially if romance or alcohol is involved. Beware restaurants with greeters on the sidewalk. Beware needy fellow travelers who are a little too eager to team up. Beware of tour guides steering you to shops and restaurants.

Be polite. You may be mistaken for royalty and invited to tea. Learn a few words of the local language, whether it’s zongzi (rice dumplings in Beijing) or hush puppies (cornmeal dumplings in New Orleans).

No McDonald’s, no KFC, no more than one Starbucks visit every three days. You don’t have to eat all local food, but you have to try some.

You will find a party, or make one. When it heats up, enjoy, but keep your wits. Know the way out. Know that you are not invincible, not invisible, not bulletproof, not even as charming as you imagine after a few drinks. And know that the world is a far more dangerous place between midnight and 4 a.m.

No matter when you go to bed, get up early. Just about every place looks great, or at least more interesting, by the light of dawn. Nap later if you need to.

Most of these tips come from my own 35 years of frequent and far-flung travel, which began with a trip to Europe with a school group at age 16. Nine countries, five weeks. Queen Elizabeth was celebrating her silver jubilee. I tasted my first Guinness, got lost with a girl on the Paris Metro and missed most of the Palace of Versailles because I was busy playing Frisbee on the lawn. Best gift my parents ever gave me.

But then I marched through college without studying abroad. And once I got my diploma, the economy was in rotten shape (sound familiar?), so I grabbed at a job and started collecting those paychecks, no vacation in sight. Again, I missed an opportunity. Maybe I’m still trying to compensate.

As I was writing this, I asked friends — many quite well-traveled, many with kids about graduation age — to pitch in. Their answers were quick and sometimes contradictory.

Go somewhere that has long infatuated you, and go slowly, said one. Go to Europe on the cheap with your friends, said another, and don’t worry about lining up a job until after the trip. Go someplace your parents don’t know, a third friend said, then spend a month or two.

They talked about trips to Taiwan, Hong Kong, Siena, Italy; Vancouver, Canada, by rail; Portland, Ore., by bike; a volunteer project at a Cambodian orphanage. Thomas Swick, who wrote his own blog post to the class of 2012 a few weeks ago, announced that “it’s the perfect time to leave the country for a while. Stay away at least a year; you’ll miss the last pathetic leg of the race for president (don’t forget to send in your absentee ballot) and four seasons’ worth of bad television. Travel far enough, and you’ll never hear the name Kardashian. Go alone and you’ll discover what it’s like to fend for yourself, and you’ll be less likely to obsess about home and more inclined to embrace the Other.”

But then there are cases such as that of Aubrey Sacco, a 23-year-old from Greeley, Colo., who in April 2010 went trekking alone in Nepal — and hasn’t been seen since.

“When you’re traveling, you are basically taking your life in your own hands,” says Sacco’s mother, Connie, who is still looking for her. “You have to find the medium — what’s safe and what can I do to enlighten my life.”

Robyn Norwood, who has covered the Saccos story for a newspaper, says she has three words for any fresh graduate with itchy feet: “Don’t travel alone.”

You could stay home for months sorting out options (which I don’t recommend). The Fulbright fellowship program, linked with the U.S. State Department, is a massive enterprise that’s open to recent graduates, young professionals and others. If you’re lucky enough to be graduating from a small private college, you might have a chance at a Watson Fellowship — a yearlong grant to pay for independent study and travel outside the U.S. The Thomas J. Watson Foundation offers about 40 of these a year.

For you privileged kids who have already been introduced to a few global cultural capitals, my friend Peter Hong (who was a Watson Fellow in 1987-88) suggests another sort of mind-opening adventure: a year of self-sufficiency in an unglamorous part of the U.S. Or maybe your presidential candidate needs volunteer help.

If you’re up for serious service, the Peace Corps typically seeks a 27-month commitment to service abroad. AmeriCorps offers a variety of domestic service programs, many nine to 12 months, some just for the summer.

It doesn’t have to be complicated. Turn in your gown at the office. Get a passport, or get on a bus. Go see something new. Get inspired. Then please, come back and get us out of this mess that my generation has gotten us into.

Thank you. You can pay your library fines on the way out.