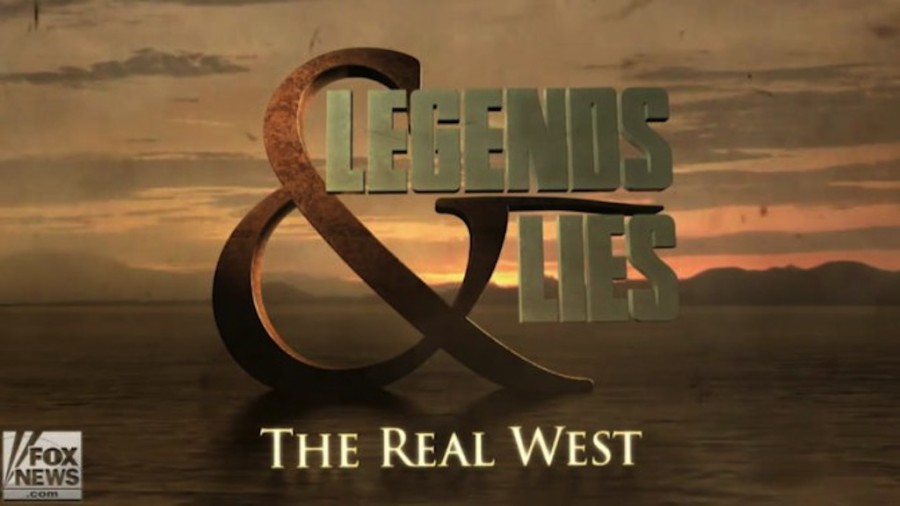 The highest-rated host in cable news is the executive producer of a new FNC docu-series, “Legends & Lies: The Real West,” which mixes historians’ commentaries with scripted re-enactments depicting notorious figures such as Jesse James and Doc Holliday. If the 10-episode run that began Sunday goes well, it could become a franchise that examines historical figures from other eras.

The next book in his “Killing” series, which O’Reilly writes with author Martin Dugard, will be out in September. For competitive reasons, he’s keeping a lid on the subject. But based on history, you can expect to see a TV or movie version as well.

“It’s certainly worked much better than I thought it would,” O’Reilly said of his second career during a recent interview from his Manhattan office.

O’Reilly’s first publishing house, HarperCollins, passed on his first historical book, “Killing Lincoln,” when he pitched it as a follow-up to his bestselling memoir, “A Bold Fresh Piece of Humanity.” He sold it to Henry Holt & Co. in a deal that would pay off big for him only if the book became a hit, which it did in 2011.

“(They’ll) be paying me back-end money until I’m in the ground,” O’Reilly said.

While O’Reilly acknowledged that his achievements in publishing have “opened a lot of doors in Hollywood for me,” it will be a while before he makes producing his full-time occupation.

“I’ve got a presidential election that I’ve got to cover,” he said. “After that, we’ll see.”

O’Reilly also knows that his presence on TV — where he reaches as many as 4 million viewers each weeknight — has helped push his titles up the bestseller lists. “It wouldn’t be as successful,” he said. “Television visibility drives awareness.”

Like the “Killing” books, O’Reilly’s “Legends & Lies” series aims to “demythologize” history. He prefers to describe the show as “historical entertainment” rather than a documentary, a term he feels belongs to filmmakers such as Ken Burns.

“You’re not going to top him, so I said, ‘We’re not going to be Ken Burns-light,’” O’Reilly said. “We’re going to go in a different way. So (with “Legends & Lies”) you feel like you’re watching ‘Gunsmoke.’”

“That’s the way it was,” he said. “What are we supposed to do? I’m not going to use four-letter words, although there were plenty of them, only because of the sensibility of the Fox News audience does not want that. We have to make that accommodation.”

The only complaints O’Reilly has received so far is that the historians’ descriptions of James and Holliday on the programs “diminished” the South. “We’ve got some die-hard Confederates saying ‘we’re not all like that,’” he said.

Taking heat from a few defenders of the Old South is probably a walk in the park compared with the gantlet he passed through earlier this year regarding his reporting experiences as a foreign correspondent in the 1980s.

In February, O’Reilly found himself aggressively countering reports by the magazine Mother Jones and watchdog group Media Matters that attacked the accuracy of statements he’s made over the years about his days as a network correspondent covering the Falklands war and in El Salvador. Questions were raised as well about the accuracy of some of the reporting in his book “Killing Kennedy.”

The host maintained that his recollections were accurate and believed the reports were driven by left-leaning critics who want to “destroy the Fox News Channel.” But he chastised himself for not anticipating the stories that came after the revelations that NBC News anchor Brian Williams lied about his reporting during the 2003 U.S. invasion of Iraq.

“I was caught by surprise on it,” he said. “I was an idiot for not being prepared for it before a presidential election.”

While O’Reilly kept what he called “meticulous records” of his work, he had no guarantee his career would survive the controversy. “I put out what we had and said, ‘Hey, what ever happens, happens,’ “ he said. “And luckily, the folks rallied.”

There was a significant lift in ratings for “The O’Reilly Factor” as the issue played out and eventually faded away. The audience in the 25-to-54 age group that advertisers seek to reach with news programming was up 19 percent in the first quarter of this year. What would have happened if the numbers had gone the other way?

“I don’t know,” said O’Reilly, who is not known for publicly sharing expressions of self-doubt. “Who knows?”

O’Reilly believes that Williams, who admitted to his mistake on his Iraq reporting and is serving a six-month suspension, will be back on the air but perhaps not as anchor of “NBC Nightly News.”

“I think he’s definitely going to come back,” O’Reilly said. “(NBC News Chairman) Andy Lack knows what he’s doing, and he knows that America is a forgiving country. The pundits may not be, and the ideologues may not be. But the folks are. You pay your dues for the mistakes. Williams is a talented man. You find a guy with recognition and talent, you find a place for him.”