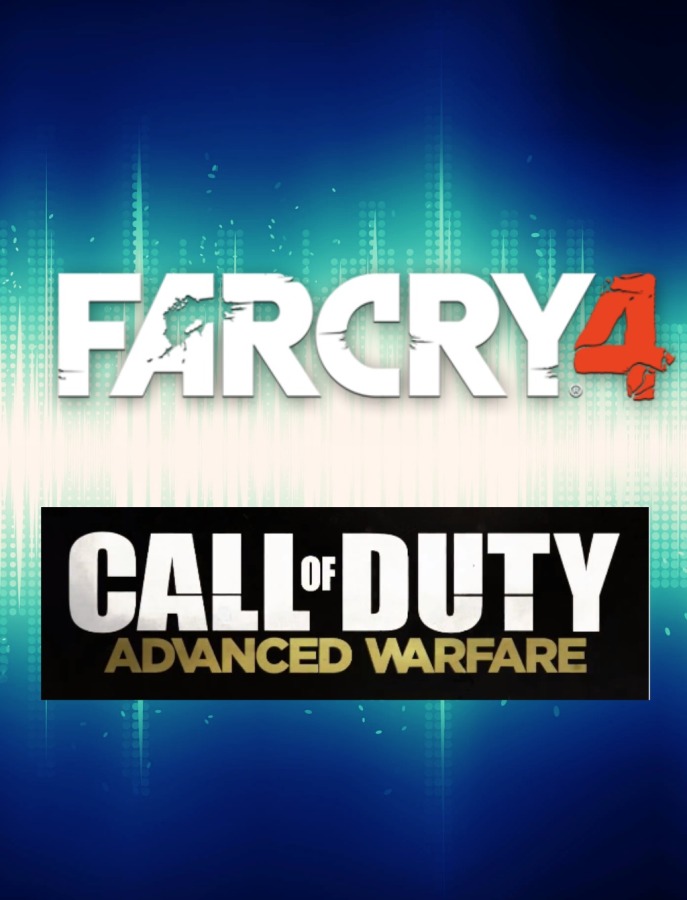 Veteran video game actor Troy Baker is starring in most of the biggest blockbusters on store shelves this Christmas, including Warner Bros. Interactive Entertainment’s “LEGO Batman 3: Beyond Gotham” and “Middle-earth: Shadow of Mordor.” Baker talks about playing both good and evil as the villain Pagan Min in Ubisoft’s “Far Cry 4” and the hero Jack Mitchell in Activision’s “Call of Duty: Advanced Warfare” in this exclusive interview.

What was the challenge of stepping into the “Call of Duty” franchise?

We knew when we were making it that this was going to be something really cool. I’m a huge “Call of Duty” fan, like I’ve been playing “Call of Duty” since the beginning. I’d been playing it on PC and even I started to get to the point of like, “How do you keep this thing alive and how do you not make it so repetitive?”

Now we’re at a point that the storytelling is so good and we’ve got people that are really hip, like Kevin is such a champion for new media in general. He was an obvious choice. Sledgehammer didn’t get Kevin because they wanted a big star. They went after Kevin before House of Cards, and once House of Cards blew up it was like now we really got to get him because that character Jonathan Irons is so similar to Frank Underwood. If you talk to Kevin he’ll tell you that Frank Underwood is really Richard the III, which is clearly something that Kevin’s been intimately involved with over the last 10 years. It’s just crazy to see how much the game space has developed over the last five years, man.

What has performance capture opened up for you, especially since in those early days you just had to stand in a booth and read off lines?

With the advent of technology, it’s provided more opportunities for us to craft a better experience. And that comes with better graphics and a much more powerful processors that we have in these new consoles. We have a much more savvy gamer and it takes more to engage them with so much competition vying for their attention. We’re shooting these games just like we would shoot a TV show or a film. When we did “Call of Duty” it was spread out over several months, but we had a three camera set up. We had three cameramen that were in there capturing us and basically editing in-camera so that we’re getting the shots that you see in the game. But we’re on the stage without the sets, props, wardrobe and make-up, without anything.

How does that compare to your traditional Hollywood work?

It’s always funny when I talk to a friend of mine that does film, because nobody thought that this is where we were going to end up. I remember him telling me about playing this bad ass warrior and it’s completely not him. But then he’d get into the wardrobe and sit in that make-up chair and get the wig and scar and grab the sword and he became that guy. Then I told him what my situation looks like, “What if your wardrobe is a spandex jumpsuit with ping pong balls on it and your make-up is 64 dots that are all over your face that make you look like you are in desperate need of ProActive?” The thing I like about games is it really challenges you to boil that character down to a quintessential element. It’s all about what you bring to that character and how you partner up with your other cast members and the development team. You really have to get over yourself and your ego because you look ridiculous. So it’s all about how stupid are you willing to look? How foolish are you willing to act? And sometimes in those moments that are devoid of ego you really get something cool.

The Ubisoft Montreal producers said you helped develop the character of Pagan Min for “Far Cry 4.” How active are you with developing these characters?

I love that team and I’ve been such a fan of Ubisoft. They clearly understood what’s happening in the game space with the “Far Cry” and “Assassin’s Creed” franchises and they’re gamers. They want to make a really good experience. They sat me down and said, “We’re very aware of what you do and we’ve got this guy that we want you to take a stab at, which we think you’d be right for.” They told me a little bit of back story and kind of give me some ideas, but really kept it open to what my interpretation was. One instruction they did give me was that they didn’t want the Joker from “Batman: Arkham Origins,” which I had just done. They wanted to craft a timeless villain, especially coming off of “Far Cry 3” where the character Vaas resonated with people.

How difficult was it to try to top Vaas Montenegro?

What’s interesting is he wasn’t even the main villain, but he was who you were drawn to. He was sexy. He was dangerous, and people loved him. They were scared shitless of him, but they loved him. Ubisoft wanted to somehow iterate on top of that, but not repeat it and not have Pagan be the same character. We looked at what the key elements were that made him so appealing, not necessarily likable, but appealing. We spent a lot of time before we started filming to explore who this guy was. And you discover things through the scenes because that’s the whole purpose of telling a story — character meets obstacle and obstacle reveals something about character. You always should be learning something new about that character through every scene. I certainly did. During filming we’d stop and talk about it, “Is this going to work for or against the character?” They were really open to having those kinds of conversations and it’s just fun. I love playing bad guys, especially one as deliciously manipulative and evil and dashingly handsome and stylish as Pagan Min is for sure.