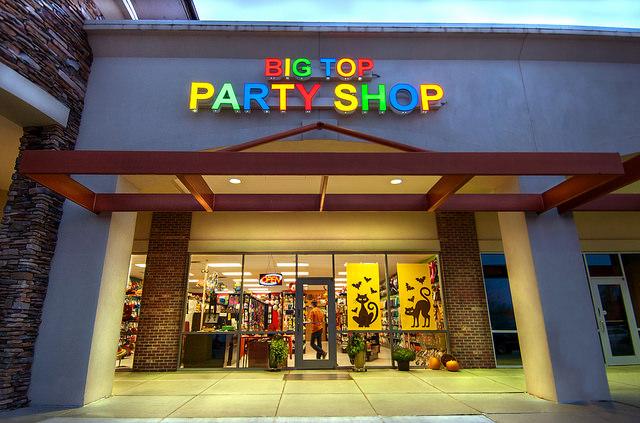 Have you ever wanted to own your own business? Joyce Miller and her son Jackson, a current student at Northeast Community College, decided that they did and they now own Big Top Party Shop located at 710 South 13th St. in Norfolk.

Ms. Miller had never really planned on owning a store before and when asked why she changed her mind she said, “I bought the store because I want to stay busy.” She says that owning a store is very much a learning experience and Big Top Party Shop is named in memorial to her late husband.

Ms. Miller said for the most part, working with the development company went very well. They were usually very informative and they knew what they were doing. She would like to change the way she financed the store, though, because “that’s still a little scary.”

The Millers don’t sell any costumes or greeting cards because of what they learned from previous retail experience. They say costumes usually end up on the floor and greeting cards end up stuffed into whatever slot is closest. Having previous jobs in the retail industry helps them understand the latest trends and that having some products on hand is not worth the hassle.

Jackson Miller says that owning a store and going to college full-time is very time consuming and makes him very busy. “You’ll find me at school or at the store, mostly.” He also said that they use their house now just for sleeping.

Jackson likes owning his own store because “I get to help decide what to get and what not to get.” He also likes being able to make big decisions and not get in trouble for it. Some of those decisions are hard, though, especially the ones involving money.

Working for Northeast’s college newspaper, The Viewpoint, helped him with the online side of his business. As Assistant Editor, Jackson manages the technical aspects of The Viewpoint which means understanding WordPress, a popular website building software. That helped him build the Big Top Party Shop website.  He also learned how to promote The Viewpoint on social media and he uses that experience to promote his business on Facebook and Twitter.

When asked how it is to work in a small, family owned store Jackson said, “It’s fun, I love working with my family.”

The Millers say it is amusing how a family friend ended up working at Big Top Party Shop. She worked at Casey’s General Store and one random day Jackson went into the store and asked her for her phone number. She gave it to him and he called her later and simply asked if she wanted to work for them. She said yes.