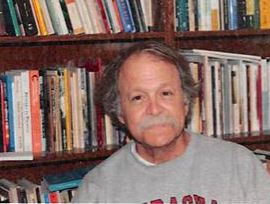 Greg Kosmicki will kick off the Northeast Community College Visiting Writers Series on October 16 at 7 p.m. in Hawks Landing. Kosmicki is a poet and social worker living in Omaha, Nebraska. He is also the Editor and Publisher of The Backwaters Press. He received his BA and MA in English from the University of Nebraska — Lincoln. His poetry has been published in Paris Review, New Letters, New Works Review, Kansas Quarterly, Cimmaron Review, Whole Notes, and Pebble. His books include How Things Happen (bradypress, 1997), For My Son in a Motel Room (Sandhills Press), andNobody Lives Here Who Saw This Sky (Missing Spoke Press), and We Have Always Been Coming to This Morning (Sandhills Press). His most recent book is New Route in the Dream (Pudding House Publications). He is a 2000 and 2006 recipient of the Nebraska Arts Council’s Merit Award. Times of Sorrow, Times of Grace, a collection of poetry he co-edited, was named Poetry Honor Book by the Nebraska Center for the Book in 2003. The book also won for Cover Design/Illustration. Two of the poems from Some Hero of the Past have been read by Garrison Keillor on his radio program The Writer’s Almanac. 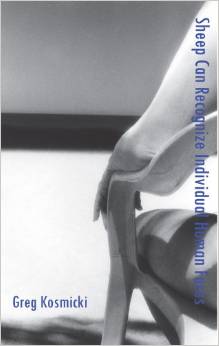 His new book, Sheep can Recognize Individual Human Faces, was published in June 2014 by Stephen F. Austin University Press. He and Debbie, his wife of 40 years, are the parents of three children and grandparents of one.