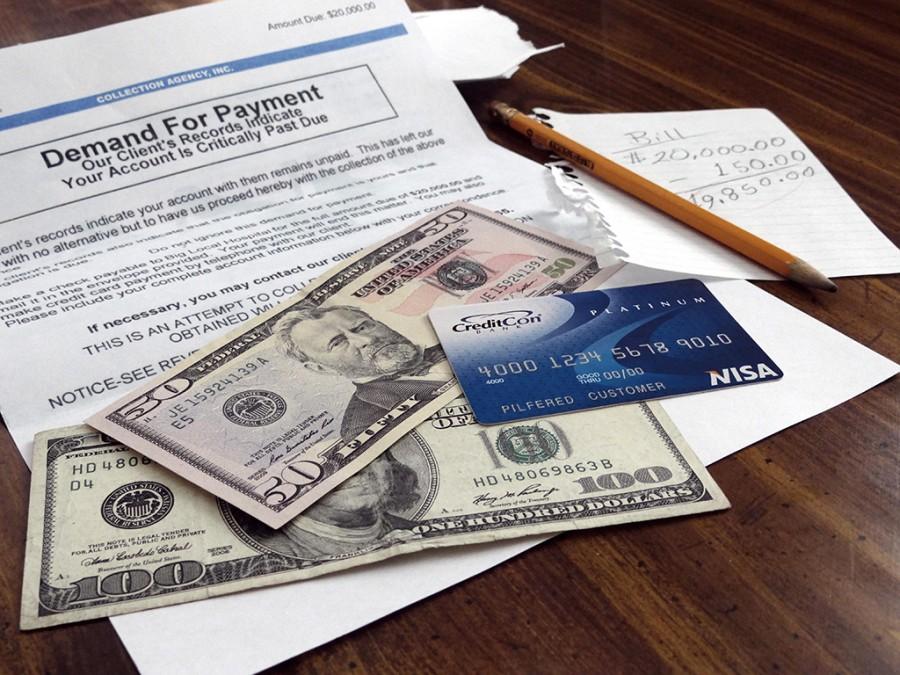 Stacy Tontalo, 22, graduated from Central Michigan University in May and knows very well that she has another monthly bill to tackle come November.

Six months from graduation, she’s going to need to start making payments of about $200 a month to cover $19,500 in federal student loans for an undergraduate degree focusing on hospitality and event management.

How’s she going to fit those payments into her budget? She’s carpooling to work, she saved money by living nine months with an aunt while she completed the two internships needed to graduate and she’s setting aside money now from her paychecks to put toward her loans.

“Adding an extra $200 to my monthly bills will be extremely difficult, but with the money I’ve already saved, I should be able to manage,” said Tontalo, who has a job with Marriott in Detroit.

For many college grads, the top item on the to-do list is to find employment. But along with hunting down a paycheck, grads need to figure out a way to tackle all those student loans, too.

No. 1: Get your books and loans in order.

So spend time figuring out the kind of private and federal loans you have now.

The Consumer Financial Protection Bureau has a tool on its site at www.consumerfinance.gov to help you organize your student loans. The tool also goes over some repayment options, such as income-based repayment plans that are available for federal student loans.

If you’re a May grad, you’re likely going to start repaying those loans in November. The actual bill for much student debt doesn’t often come due until about six months after graduation. Mark the exact date on the calendar and a reminder two weeks before that date, suggests Mark Kantrowitz of Edvisors.com.

About a quarter to one-third of students who are late with a loan payment miss that very first payment, he said.

“The payment is due even if you don’t receive a coupon book or statement,” Kantrowitz said.

Contact your lender with your new address, if you’ve moved.

No. 2: Keep a close eye on whether payments are properly credited.

Multiple loans can mean multiple servicing firms and multiple chances for potential problems. Paperwork can be lost and processing errors can occur when student loans are transferred between servicers.

Some private loan servicers might even actively process payments to maximize fees and penalties, according to the Consumer Financial Protection Bureau.

In May, two major players in the student loan business agreed to pay $97 million to settle federal claims that thousands of military members had wrongly faced excess interest charges and paid excessive late fees for student loans. The accusations involved Sallie Mae Bank, the wholly-owned subsidiary of the reorganized SLM, and Navient, which services student loans and was created after a strategic separation of Sallie Mae.

Navient said it has already revised its late fee policy and enhanced billing statements to provide a second reminder before any late fee is assessed. Sallie Mae Bank said initiatives are under way to prevent such errors from reoccurring and regrets any inconvenience or hardship that customers may have experienced.

Red tape is part of the game for other borrowers, too.

“Monitor, monitor, monitor and call as soon as a discrepancy is discovered. If a phone call doesn’t fix it, start documenting everything in writing,” said Cohen, whose firm has the website www.thestudentloanlawyer.com.

Chopra, of the consumer watchdog agency, said borrowers should try to use the loan servicers’ online payment platform to target payments to specific loans whenever possible. Using your checking account’s online bill payment feature might not work as well in this case.

No. 3: Do not rush to consolidate student loans.

For some grads, it might sound tempting to fold up all that college debt into one loan and only focus on one bill to pay. But there are trip wires here, too.

No fees are charged to consolidate federal education loans into a federal Direct Consolidation Loan. So if you are contacted by someone offering to consolidate your loans for a fee, you know you are not dealing with one of the U.S. Department of Education’s consolidation servicers.

Even if you want to consolidate only federal loans, you need to pay attention to what you might be giving up in the process. The original loan could have benefits, such as interest rate discounts, that would significantly reduce the long-term cost. You might lose those benefits if you consolidate.

The college debt burden is the last thing most grads want to consider as they rush off to a new life. But the bill will need to be paid and it’s best to make it part of the budget early in the game.

—As you pay loans, make sure you also build an emergency fund with enough money to cover bills, if you lose your job. It could take four months to nine months to find another job.

—Talk to your lender before you default if you run into serious financial troubles. Mark Kantrowitz, of Edvisors.com, suggests looking into temporary suspensions of the obligation to repay the debt, alternative repayment plans and other options instead of defaulting.

—If you have extra money to pay toward student loans, make sure to put that added payment toward the student loan that has the highest interest rate. Check to see how the servicer is applying extra payments.

Susan Tompor is the personal finance columnist for the Detroit Free Press. She can be reached at [email protected]