From Page to Screen and Back Again 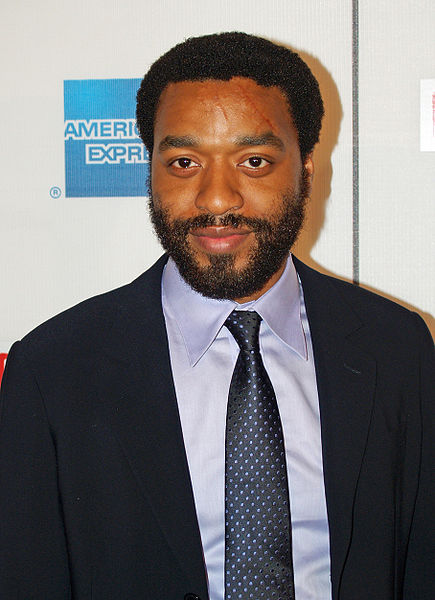 The memoir “12 Years a Slave” was published in 1853, a year after Harriet Beecher Stowe’s classic, “Uncle Tom’s Cabin.”

Now Solomon Northup’s personal narrative is a bestseller — 161 years after it first came out — through a tie-in to the celebrated movie version of his memoir. And it is likely to get a big boost from the many Oscar nominations the film has received.

The antebellum drama is one of several films this year that have given their namesake books a second life.

For years the slim volume had been known mainly to academics and historians.

Then Penguin decided to print a new edition of the title in July 2012, before the making of the Fox Searchlight movie was announced. The book sold 5,000 copies in just over a year, mostly on college campuses where Northrup’s story was part of the curriculum.

Once word of the movie got out, and the Penguin classic edition started flying off the shelves, selling about 30,000 copies to date and prompting the publisher to release a version featuring an image from the movie on the jacket.

The numbers are especially surprising because the book is in the public domain, but readers continue to flock to bookstores to buy the Penguin version.

The movie has received extensive media attention since its release and has been heralded by critics and awards shows. The tie-in has sold 130,000 books and e-books since its release in September 2013 and won a berth on the New York Times bestseller list.

“Readers are seeking the book with the film tie-in,” said Michelle Hooper, external vice president of marketing for Fox Searchlight, which produced the film and actively helped advertise the book. “It’s been incredibly successful.”

Steve McQueen, the film’s director, has been involved in promoting the book, which he has said should join “The Diary of Anne Frank” as required reading in schools. He penned an introduction for the movie tie-in version.

The 2007 bestseller “The Wolf of Wall Street” has gotten a boost from the December arrival of the Martin Scorsese-directed film version. In the last month, Jordan Belfort’s cautionary autobiographical tale of high finance shenanigans has returned to the New York Times bestseller list.

Other books are similarly benefiting from movie connections — even from films that aren’t out yet.

“The Monuments Men: Allied Heroes, Nazi Thieves and the Greatest Treasure Hunt in History,” Robert M. Edsel’s book about American and British museum directors who try to rescue classic art pieces from destruction in World War II, has been made into a soon-to-open feature film directed by (and co-starring) George Clooney.

The book had sold more than 100,000 copies since its 2009 publication. But those numbers have been eclipsed by sales of a new tie-in to the movie “The Monuments Men.”

Between the two versions, publisher Little, Brown & Co. has sold a quarter of a million copies of “The Monuments Men” since early November, and the publisher expects sales to top 400,000 copies by the end of the movie’s run.

The public’s familiarity with the movie poster and the actors who portray the film’s characters helps push book sales, said Terry Adams, digital and paperback publisher for Little, Brown. .

“Sometimes you just get lucky and George Clooney falls in love with your book,” Adams said.

In November — anticipating a December release of the movie, which was subsequently delayed until February — the tie-in debuted on the New York Times bestseller list for paperback nonfiction at No. 24, four years after the book was first released.

“The best advertisement is its appearance on the bestseller list, because more people are aware of it and more inclined to pick it up,” Adams said. “People are reading it sitting next to you on the plane, and that helps fuel sales.”

The book has remained on the list for seven weeks, and with the film’s release delayed, Adams expects sales to keep increasing, riding on the coattails of the movie’s publicity.

Martin Sixsmith’s book about Philomena Lee’s search for the son that was taken from her, the basis for the new Judi Dench film, “Philomena,” sold well in Britain and became a bestseller in Ireland, but it did not receive much attention from American publishers when it was first released.

Patrick Nolan, vice president, editor in chief and associate publisher for Penguin Random House, hopes U.S. sales pick up even more as the film garners awards attention and is released to a wider audience.

The Oscar nominations should give additional boost to the tie-in books — “12 Years A Slave,” “Philomena” and “The Wolf of Wall Street” received multiple nods — as movie companies attempt to capitalize on their Academy Award chances, according to publishing insiders.

“As soon as the nominations were announced,” Nolan said, “we saw major reorders — and some new orders from accounts previously not carrying the tie-ins — come in.”

The Oscar nominations should also mean more ad spending for the movie titles — which in turn will bring the books a fresh round of new readers.