Bar Exam Falling Out Of Favor 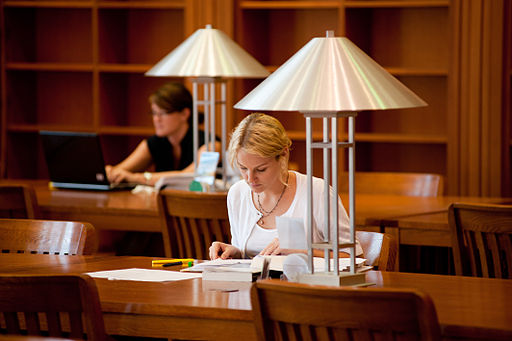 PITTSBURGH — Across the country, law school graduates are preparing to take next month’s bar examination in order to get their licenses to practice law. Many will spend a few thousand dollars on an all-consuming preparatory course, even as they wonder if they’ll be able to find work in one of the worst labor markets for lawyers in a generation.

A growing chorus of voices is suggesting that it is past time to rethink how lawyers become lawyers. And they’re taking aim at one of the biggest barriers to entry: the bar exam.

Iowa is considering a proposal to do away with its bar exam entirely and move to a “diploma privilege” system like one used by its neighbor Wisconsin. In Wisconsin — the only state not to require a bar exam — students who graduate from a state law school can practice law there.

“I will say that Iowa is on to something here,” said Ken Gormley, Duquesne University School of Law dean. “It would be healthy for bar examiners in all states, including Pennsylvania, to examine their practices and their goals and make sure they really are in alignment.”

If Iowa does abolish its bar exam, some legal scholars think other states may follow suit, especially states that have only one or two law schools.

Guy Cook, president of the Iowa State Bar Association, is a proponent of the plan to abolish the bar exam. “It’s nothing more than a final hazing that tests students on esoteric material they will probably never use,” he said. “It doesn’t test students on Iowa law, and leaves students who have already spent three years in law school in limbo.”

Iowa’s pass rate for students taking the bar for the first time is 94 percent, he noted, so it’s not weeding out many undesirable candidates.

Cook put together a nonpartisan blue-ribbon commission to look at possible improvements for educating law students. After six months of study, the commission’s unanimous decision was to recommend that Iowa move to a diploma privilege system.

“We have two excellent law schools, and a good working relationship between the state Supreme Court and the bar,” he said, which could help the law schools decide what practical knowledge students should be getting from their coursework. “If students still wanted to take a course on, say, comparative law in Bosnia, they could, but it wouldn’t help them earn a diploma (in Iowa).”

During the early part of the 20th century, most states moved toward requiring a bar examination prior to receiving a license to practice law. Wisconsin did not follow that trend and has been alone in its use of diploma privilege since 1988, when West Virginia finally moved to a bar exam requirement. Despite several challenges over the years, Wisconsin’s diploma privilege has remained intact.

Wisconsin’s rule is fairly straightforward: If a student graduates from one of the state’s two law schools, Marquette University or the University of Wisconsin, the student can be admitted to the state bar without taking an exam. Practicing law in another state would probably require taking that state’s bar exam.

Iowa, too, has two law schools, at the University of Iowa and Drake University.

Beverly Moran, a professor of law at Vanderbilt University in Tennessee who was formerly a professor at the University of Wisconsin, wrote an oft-cited paper in 2000 titled, “The Wisconsin Privilege: Try it, You’ll Like it.” More than a decade later, Moran said her opinion of Wisconsin’s system had not changed.

“The University of Wisconsin is a highly theoretical school with very prominent faculty,” said Moran. “When I was there, there were two Macarthur Genius Grant recipients on faculty.”

Students at Wisconsin law schools receive an education that is practical, she added, based on input from the state bar association and practicing attorneys. “The diploma privilege in Wisconsin allows for a richer curriculum, more geared toward practice,” she said.

So how practical is the material students must know for the Pennsylvania bar exam? Gormley says not very. As a law professor, he is among those who review the questions.

“It’s sometimes frustrating that a question will hinge on a topic that merits three sentences in a 1,700-page book of Constitutional Law. That’s not fair,” he said. “The bar exam should be testing students on the fundamentals, not be like a game of Trivial Pursuit to see whether you can be tripped up.”

Jessica Michael remembers well the long period of time between graduating from the University of Pittsburgh law school, taking the bar exam and finally getting her license to practice.

“I was used to being financially independent, but suddenly I was eating Ramen noodles every day and putting a lot of things on credit cards,” said Michael, now an attorney with Samuel J. Cordes and Associates.

“One of the challenges we have to address is students who are working; how do they put their lives and their income on hold to take the test?” Gormley said. “That’s a big investment on top of an already expensive professional education.”

Michael said she has not found most of what was on the bar exam relevant to her practice; being quizzed on mortgage rules and corporate law didn’t help prepare her for the work she does as a plaintiff-side employment law attorney.

There are enough differences between Pennsylvania and Iowa to make the argument for a diploma privilege in the Hawkeye State less compelling in the Keystone State, said Gicine Brignola, executive director of the Pennsylvania Board of Law Examiners.

“I think there are three main differences,” Brignola said. “Iowa has two law schools in the state; Pennsylvania has eight, and we pull from schools nearby in New Jersey.” Pennsylvania’s test checks students on specifics of state law, she said.

Iowa’s bar exam has a pass percentage rate in the 90s, but, she noted, on the most recent exam given in Pennsylvania, only 77 percent of first-time test takers received a passing score.

“While we value that education, it doesn’t have standardization to it,” said Brignola. “Every student at Widener is not taking the same tests as they are at Villanova. Our mission is to protect the public, and there’s no one standing up for citizens at the law schools. They have their own missions.”

The board does re-evaluate the content on the Pennsylvania bar exam regularly, and just did so in 2013, Brignola said. “We contemplated changing things, but in the end, we decided the current model is appropriate.

“I don’t think diploma privilege is coming to Pennsylvania any time soon.”

Iowa’s proposal to abolish the bar exam was approved unanimously not only by Cook’s blue-ribbon commission, but also by the association’s 45-member Board of Governors. It will be open for public comment this spring before going before the state Supreme Court.

While Gormley agreed that it’s unlikely Pennsylvania will move toward the diploma privilege system, he thinks there is much room for improvement here.

“If you have to have a bar exam, it should be more realistic and test students on more of the practical aspects of practicing law,” he said. “It simply doesn’t have to be the grueling marathon that it is.”

Visit the Pittsburgh Post-Gazette at www.post-gazette.com